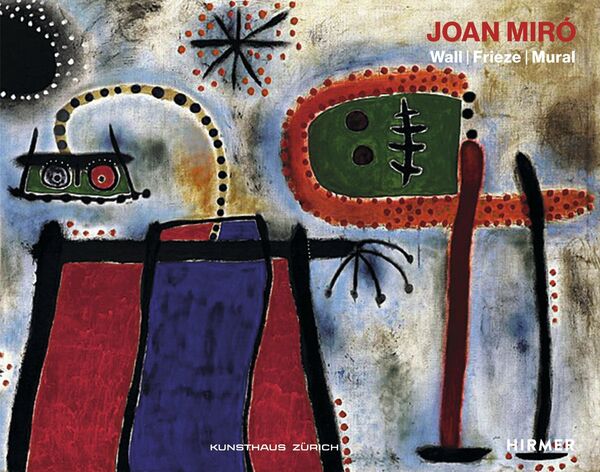 167 pages, 23 x 29 cm , 1054 g.
Joan Miro | Kunsthaus Zürich
Joan Miró – Wall | Frieze | Mural
Was €34.90 €9.95
Including VAT, plus Shipping
Transit time: 2 to 6 business days (worldwide)
Add to cart    Add to wishlist
Starting with the walls of his family’s country estate in Montroig, Spanish painter Joan Miró (1893–1983) became fascinated by the materiality and beauty of walls, a fascination that would continue throughout the course of his life. Walls, he would declare, were the point of departure for his paintings, which captured the material beauty of walls while paying intense attention to detail and poetic expressiveness. Exploring this central aspect of Miró’s art, this beautifully illustrated publication presents his important wall paintings in the context of his complete works.

Through a series of essays supplemented by 168 color images, Joan Miró reveals that the wall was not merely the subject of depiction for the Spanish artist; its physical and haptic quality also inspired him to paint on materials such as whitewashed canvas, raw burlap, and sandpaper—materials that served his imagination and played their part in creating his visual universe. The book also illustrates how Miró’s preference for elongated, extremely narrow formats reflects his exploration of the wall while simultaneously pointing to his later ceramic friezes, including the important “Oiseaux qui s’envolent” frieze. In addition, this volume pays extensive tribute to Miró’s monumental triptychs for the first time, demonstrating their role in the development of his work.

Accompanying an exhibition at the Kunsthaus Zürich in the fall of 2015, Joan Miró provides a new perspective on the famous surrealist’s life and oeuvre.