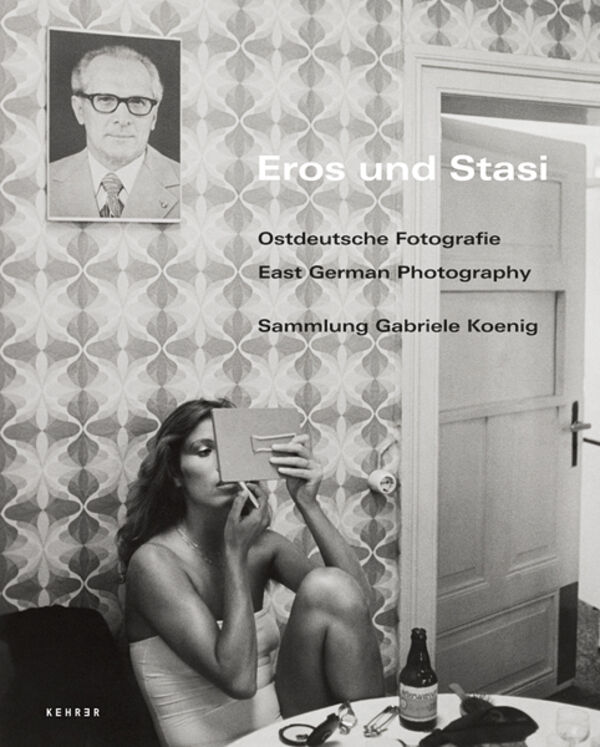 192 pages, 30 x 24 cm , 1468 g.
Kehrer
Gabriele Koenig – Eros und Stasi
Ostdeutsche Fotografie | East German Photography
€36.00
Including VAT, plus Shipping
Transit time: 2 to 6 business days (worldwide)
Add to cart    Add to wishlist
The catalog shows pictures from the Gabriele Koenig Collection, thus providing an overview of East German photography. The 100 or so works come from prominent photographers such as Sibylle Bergemann, Evelyn Richter, Ulrich Wüst, Ute Mahler, Will McBride, Helga Paris and Roger Melis. These artists have captured in black on white everyday situations evoking the re- cent history of the German East as it has unfolded on the sidelines of major political events. We are treated here to snapshot-like views of daily life at work and at home, political activities, cityscapes and interiors, along with sensitively portrayed nudes. The main focus however is on the "street pho- tography" of the 1970s and 80s, depicting life in the GDR authentically and candidly. City views by Ursula Arnold and Arno Fischer show the situa- tion in the 1950s. A postscript is then supplied by Daniel and Geo Fuchs, who, 15 years after the Wall fell, document the deserted premises once occupied by the East German secret police in their series STASI – Secret Rooms, cataloging the evidence left behind of a police state and its perfidi- ous machinery.