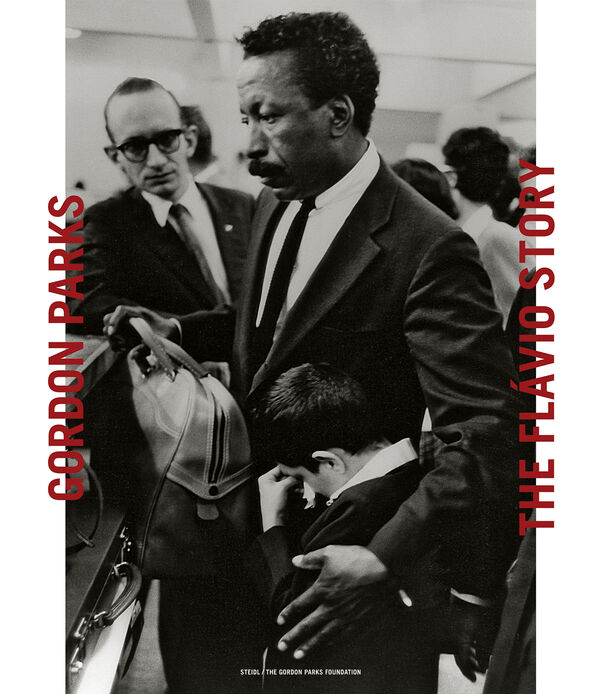 304 pages, 25 x 29 cm
Gordon Parks | Steidl
Gordon Parks – The Flavio Story
Was €58.00 €25.00
Including VAT, plus Shipping
Transit time: 2 to 6 business days (worldwide)
Add to cart    Add to wishlist
This book explores a once-popular picture story by Gordon Parks and the extraordinary chain of events it prompted. Published in Life magazine in June 1961 as “Poverty: Freedom’s Fearful Foe,” this empathetic photo-essay profiled the da Silva family, living in a hillside favela near a wealthy enclave of Rio de Janeiro. Focused primarily on the eldest son Flavio, an industrious twelve-year-old suffering from crippling asthma, Parks’ story elicited more than 3,000 letters and $25,000 in donations from Life readers to help the family and the favela.

In Brazil the story sparked controversy; one news magazine, O Cruzeiro, retaliated against Life, sending photographer Henri Ballot to document poverty in New York City. Undeterred, Life embarked on a multi-year “rescue” effort that involved moving Flavio to a Denver hospital, relocating the family to a new home and administering funds to support the favela. The story, as well as Parks’ relationship to Flavio, continued to develop over many years. The details of this extraordinary history provide a fascinating example of US exceptionalism during the early 1960s and a revealing look inside the power and cultural force of the “Great American Magazine.”

Co-published with The Gordon Parks Foundation