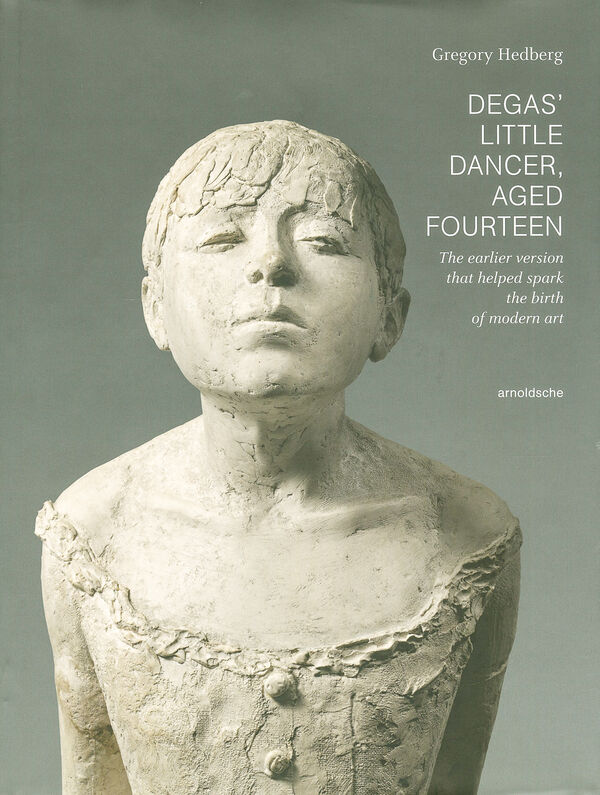 A recently discovered plaster of ‘Little Dancer, Aged Fourteen’ is upending our understanding of Edgar Degas’ most famous work. Documentary and technical evidence confirm that the plaster was cast from Degas’ ‘Little Dancer’ before the wax sculpture was extensively reworked after 1903. The plaster thus records Degas’ wax as it appeared when it shocked the Parisian art world at the sixth Impressionist exhibition of 1881. It reveals a far more revolutionary work than the reworked Little Dancer wax and the posthumous Hébrard bronzes we know today.

The plaster shows why Joris-Karl Huysmans, in 1881, raved that Degas’ ‘Little Dancer’ was ‘the only “truly modern” attempt I know of in sculpture’ and why the work left Whistler in a state of near delirium.

The plaster reveals Degas at his most innovative by introducing a radical idea of posing a lowly ‘opera rat’ as a revered figure by giving her an iconic pose, then locking her into a square vitrine, thus emphasizing her symmetrical, four-side stance. It is now clear that in his ‘Little Dancer’ Degas anticipated radical ideas that came to define key aspects of modern art, dramatically impacting Degas’ most noted peers, including Whistler, Manet, Seurat and Sargent. Even twentieth-century masterpieces by Duchamp, Giacometti, Oldenburg, Warhol and Hirst reflect, albeit indirectly, Degas’ masterful innovations.

About the author: Formerly Curator of Paintings at the Minneapolis Institute of Arts and Chief Curator of the Wadsworth Atheneum, Dr Hedberg is Senior Consultant for European Art at Hirschl & Adler Galleries, New York. He has contributed to numerous scholar publications, including A New Look at Degas’ Sculpture, Festschrift in Honor of Prof. Colin Eisler of the Institute of Fine Arts, New York University.

More books from Edgar Degas view all
Degas and America (*Hurt)
Degas, Impressionism, and the Paris Millinery Trade
Degas and the Nude