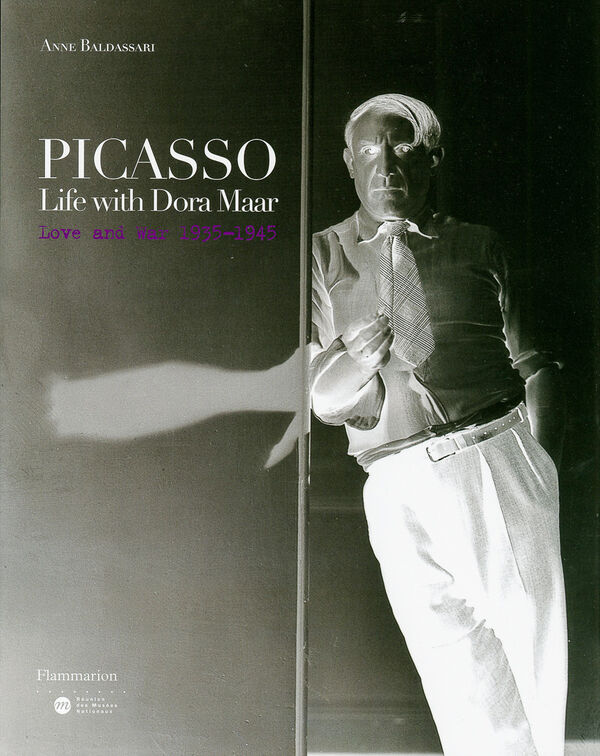 320 pages, 23 x 28.5 cm , 1872 g.
Pablo Picasso | Éditions Flammarion
Picasso – Life with Dora Maar
Love and War 1935-1945
Was €65.00 €25.00
Including VAT, plus Shipping
Transit time: 2 to 6 business days (worldwide)
Add to cart    Add to wishlist
Dora Maar, born Henriette Théodora Markovitch in 1907, was a talented artist in her own right. While studying painting, she soon found a passion and gift for photography, and became a prominent member of the Surrealist movement. This catalogue traces her relationship with Picasso, from the time of their first meeting in late 1935 through 1937. Picasso expert Anne Baldassari demonstrates how those years were critical for both artists, and how their interaction provided mutual inspiration through the mid-1940s. The relationship is set within the context of major historical events, from the Spanish Civil War and the Popular Front, to the rise of fascism and World War II.

This chronological account brings a legend to life, allowing the reader unique access to two artistic minds. Maar's photographs, alongside Picasso's drawings, paintings, and poems, serve as a guide through the critical period in which these two figures influenced one another. Preserved in her studio archives, Maar's negatives and contact prints allow us to analyze in detail the intimacy of the life she shared with Picasso in all of its states, as well as the evolution of his art, including the colossal Guernica.

This exquisite volume features green-gilded pages and personal mementos—including notes scrawled on matchboxes and small sketches, which are produced on onion skin paper throughout. This book sheds light on the profound mark left upon Picasso and his work by their dynamic relationship.