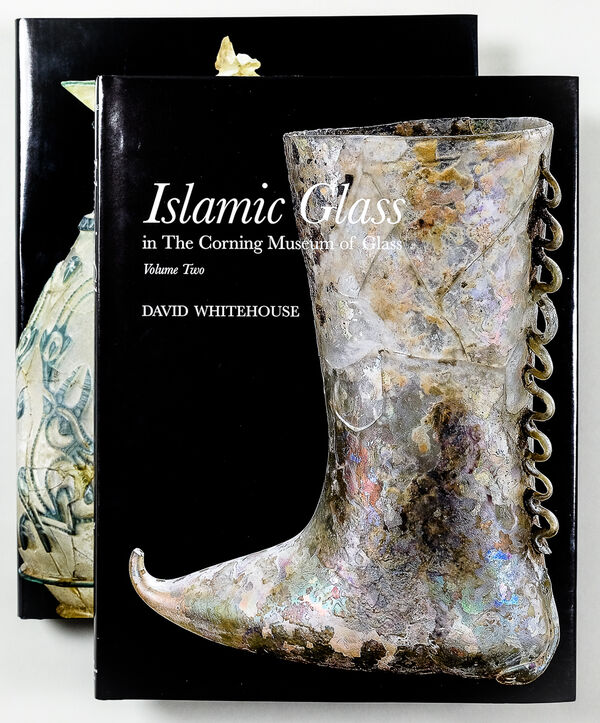 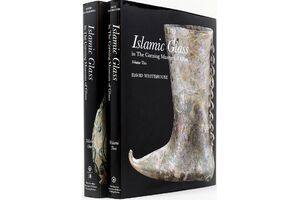 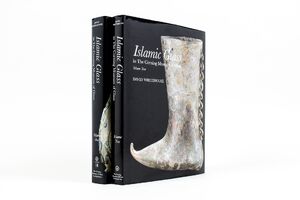 The methods of finishing glass by cutting and polishing first began in the regions of the Mediterranean in the first and second century B.C. during the Roman Empire. Within the next 200 years, these finishing shops were also producing glass both cut and with details engraved into the surface. Another technique, wheel-cutting glass, was also practiced by the Romans and their contemporaries, the Sasanians, in Iran and Iraq. However, with the fall of the Roman Empire in the fifth century A.D. these methods all declined and eventually disappeared from the Mediterranean but were sustained in Western Asia. By the eighth and ninth centuries, both cutting and scratch engraving were part of the thriving repertoire of glassmakers in the central Islamic lands.

In the extensive collection of cut and engraved glass presented in these volumes, almost all the ornaments trace their origin to present-day Egypt, Iraq, and Iran. The collection includes objects like dishes, bowls, cups beakers, goblets, jars, pitchers, bracelets, and ewers that have been newly cleaned and restored and show prevailing themes of plants, birds, and scenes from daily life.