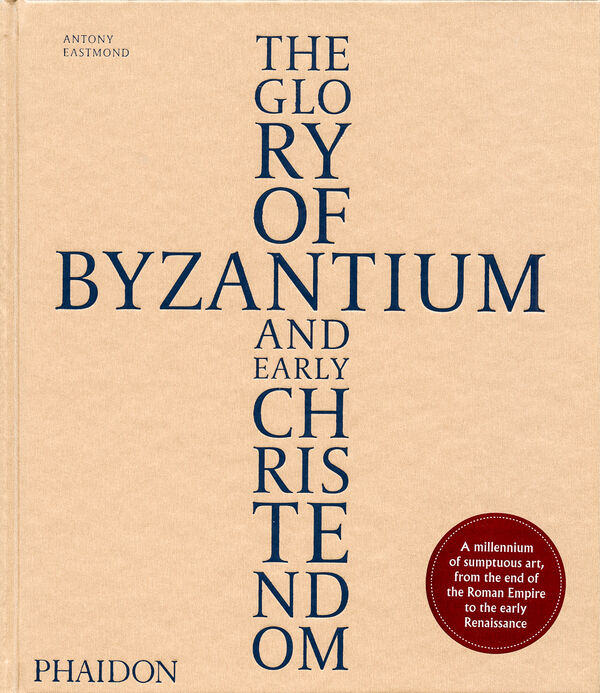 304 pages, 25 x 29 cm , 2235 g.
Phaidon
The Glory of Byzantium and Early Christendom
Was €75.00 €29.95
Including VAT, plus Shipping
Transit time: 2 to 6 business days (worldwide)
Add to cart    Add to wishlist
Byzantine art established the images of the Christian religion that are still current today: the appearance, dress and attributes of Biblical figures all owe their invention to these early artists. The Byzantine empire spanned the fourth to the fifteenth century, bridging the Middle Ages from the late Roman Empire to the early Renaissance, and of all the world's empires, it is most clearly defined by its art.

Presenting 300 artworks from the years 240 to 1453, The Glory of Byzantium and Early Christendom encapsulates the development of art in eastern Europe and eastern Mediterranean from the very early days of Christianity to the fall of Constantinople. Even when a more secular art developed during the early Renaissance, Byzantine art lived on as the dominant style for religious art, particularly in the Orthodox East. Nevertheless, a perception of Byzantine art as purely religious is misleading: while it included the production of glorious icons, it also encompassed metalwork, architecture, sculpture, wall painting and mosaics, but secular and Christian.

From architecture to jewellery, from coins to paintings, from mosaics to book illuminations, the book explores Byzantine art in all its forms. Unique not only for its extensive variety of art forms, the book also has a vast geographic scope, including art from Britain to Syria, from Spain to Turkey, from Egypt to Georgia. An introductory essay by Antony Eastmond summarizes the essence of Byzantine and early Christian art, following which is a chronological sequence of stunning illustrations and concise descriptions, with each artwork placed in its social, religious and political context. A book for dipping into, as well as an inspiring, authoritative appraisal of this magnificent millennium of artistic culture.