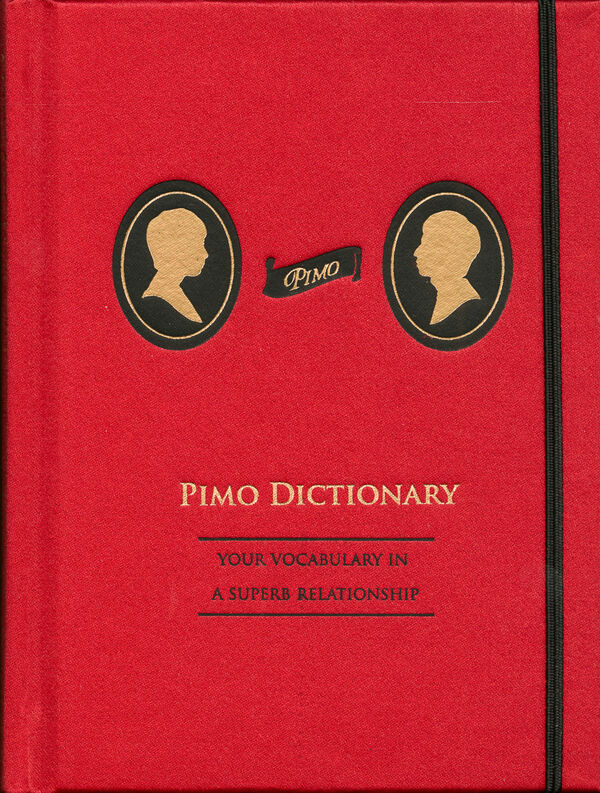 48 pages, 11 x 14.5 cm , 162 g.
Pixy Liao | Jiazazhi Press
Pixy Liao – Pimo Dictionary
(1st Edition)
€78.00
Including VAT, plus Shipping
Transit time: 2 to 6 business days (worldwide)
Add to cart    Add to wishlist
Pimo Dictionary, less a photobook than an artbook, is a companion project of Pixy Liao’s series “Experimental Relationship”. In the beginning, Liao, who is Chinese, and her boyfriend Moro, Japanese, communicate mostly in English, a language in which they are both only partly proficient. During the course of their relationship, they created a hybrid of Chinese, English, Japanese and made-up words to communicate with each other.

Using both text and photos, Pimo Dictionary, then, is a record of their shared, coded language.