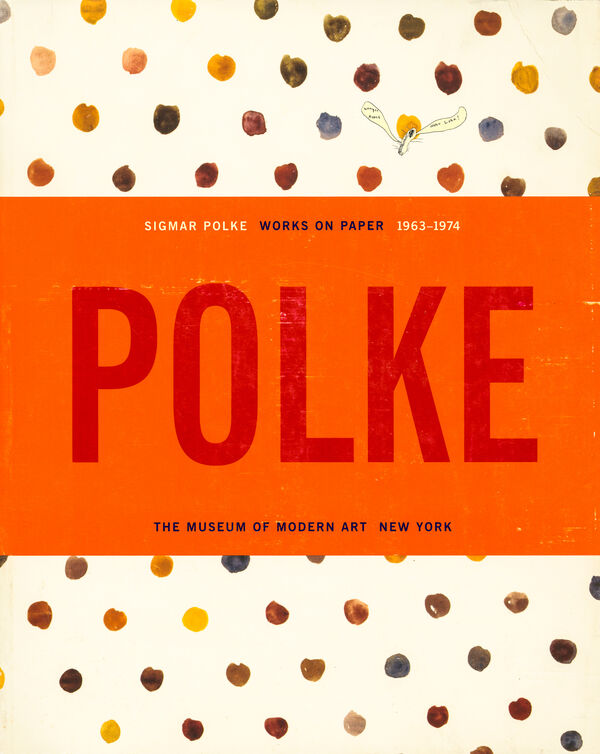 200 pages, 21.5 x 26.5 cm , 860 g.
Sigmar Polke | MoMA
Sigmar Polke – Works on Paper
(1963-1974)
€98.00
Including VAT, plus Shipping
Transit time: 2 to 6 business days (worldwide)
Add to cart    Add to wishlist
Sigmar Polke's thirty-five-year career, during which he has produced a vast range of work in all mediums, has earned him a reputation as one of the most significant artists of his generation. Born in 1941, he began his creative output around 1963 in Dusseldorf during a time of enormous social, cultural, and artistic changes in Germany and elsewhere. Few of his works demonstrate more vividly his imagination, sardonic wit, and subversive approach than the drawings, watercolors, and gouaches produced during the 1960s and early 1970s. Embedded in these images are incisive and parodic commentaries on consumer society, the postwar political scene in Germany, and classic artistic conventions.

This book is published to accompany the first American museum exhibition of Polke's drawings from this period, shown at The Museum of Modern Art in New York in 1999. More than 300 works are illustrated, virtually all of them in color. They include small sketches in ballpoint and felt-tipped pen, larger sheets in watercolor and gouache, and still others stamped with a dot screen process.