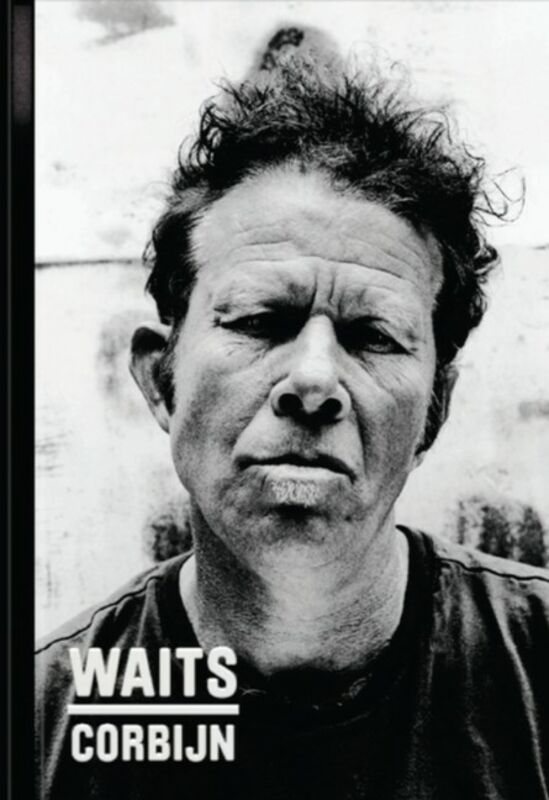 272 pages, 36 x 25.5 cm , 3355 g.
Anton Corbijn | Schirmer/Mosel
Waits / Corbijn 77 – 11
Photographs by Anton Corbijn, Curiosities by Tom Waits
€950.00
Including VAT, plus Shipping
Transit time: 2 to 6 business days (worldwide)
Add to cart    Add to wishlist
WAITS/CORBIJN ‘77-‘11 is the celebration of an artistic collaboration that reaches back more than 35 years, to those first black-and-white photographs of Tom Waits taken by a young and virtually unknown Anton Corbijn in Holland in 1977. Corbijn would go on to acclaim for his iconic, enigmatic portraits of musicians and other artists – from U2 and Miles Davis to Robert De Niro and Clint Eastwood to Damien Hirst and Gerhard Richter – also becoming a pioneer in music video and more recently, an award-winning director of feature films.

By 1977, Tom Waits was already known worldwide for a series of stunning, timeless albums, filled with songs of a noir-tinged Los Angeles that owed as much to writers like John Fante and Jack Kerouac as it did to the jazz, blues, and tin-pan alley that had soaked into Waits’ pores from childhood. Ahead of Waits lay his partnership with Kathleen Brennan – leading to such touchstone recordings as Rain Dogs and Mule Variations – his film work with the likes of Francis Ford Coppola and Jim Jarmusch, and his stage projects with legendary director Robert Wilson.

In those first photographs, then, are the seeds of these two intertwined careers, feeding off each other. Waits’ vibrant persona helped Corbijn define his narrative, cinematic style of still photography: images that felt as if you were coming in on the middle of some unfolding drama. In turn, Corbijn helped Waits evolve his visual style into a new theatrical self that synced beautifully with the experimental music he was making with Brennan. And lead him to his own photography, collected here for the first time under the title “Curiosities,” a visual handle to the artistic intelligence millions of fans know only through his music. Photographs of Tom Waits by Anton Corbijn, photographs by Tom Waits of the vivid quotidian, stretching down through the years, and presented for the first time in a beautiful clothbound book; side by side, these 226 images record one of the longest and most fruitful collaborations in the careers of both artists.