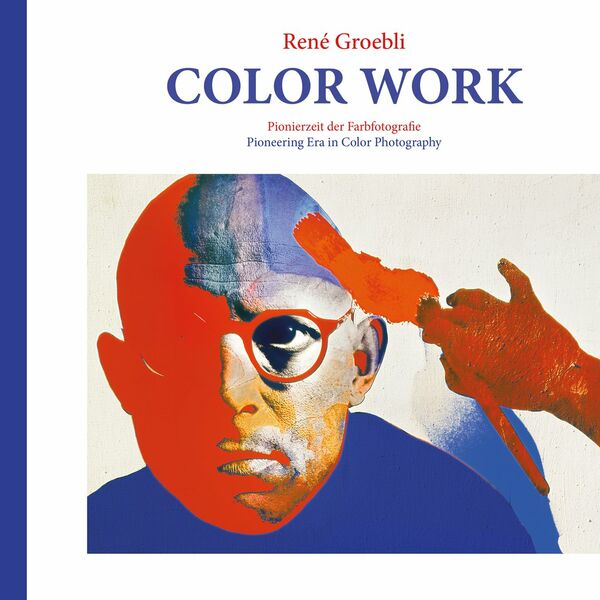 130 pages, 30 x 30 cm , 1534 g.
René Groebli | Sturm & Drang
René Groebli – Color Work
Pionierzeit der Farbfotografie | Pioneering Era in Color Photography
€68.00
Including VAT, plus Shipping
Transit time: 2 to 6 business days (worldwide)
Add to cart    Add to wishlist
After his wonderful poetic and capturing black and white photography, color became for René Groebli the actual major topic, the challenge that had to be faced and overcome technically and aesthetically, but also mentally starting in the mid 50's. In the end to see color is somehow different from seeing black and white. A photographer cannot just switch from black and white to color: “These are two quite different modes of thinking and strategies”, underlines Gabriel Bauret, while Walter Boje had already in 1961 stated that the photographers had “first to re-learn to see in colors, although their eyes always registered colors.” What René Groebli was striving for was a “sizeable repertoire of technical possibilities” in order to use it to invent images, magical images, symbolic images. Documentary photographs, of whatever type, were not in demand. Medication packages could very well be photographed by others. What interested René Groebli were metaphorical images that let one see “behind the facade”, to present in principle “the not visible”. In this Groebli saw himself as service provider, as commissioned photographer. But also as artist who mobilized his fantasy, his creative potential to steer entrepreneurial communication in a new, fresh, interest-arousing direction.

Remarkable in this was his oscillation between applied and free, commission and art, the creative interaction between duty and freedom, which was only possible as the advertising departments of the companies proved – still, one must state – to be open to surprising suggestions and not less stunning solutions.

Only in this way René Groebli, the advertising man, could remain an artist. While Groebli the artist could enjoy a well-equipped studio that would allow him his time and material intensive experiments. In this way and for such a long time this has not occurred a second time in European photography.

As a visionary in black-and-white René Groebli has long been part of the history of photography. The “color magician” René Groebli must now be re-discovered.