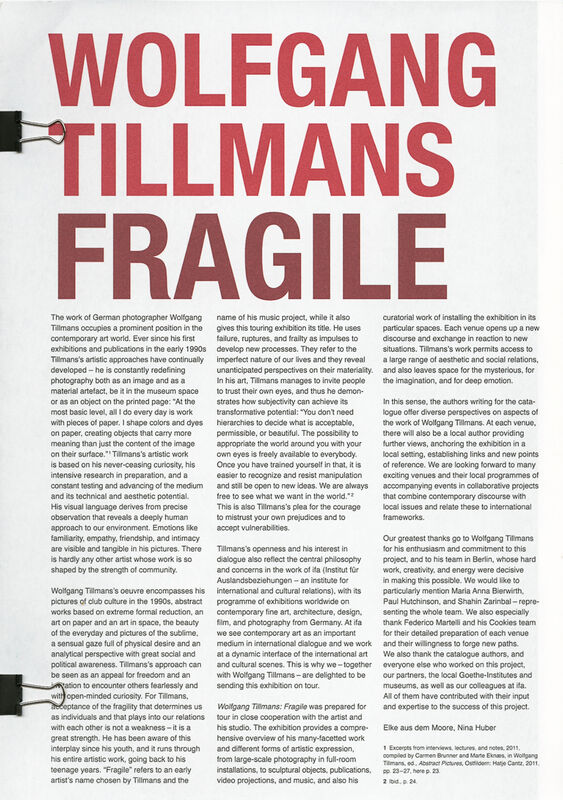 36 pages, 21 x 29.5 cm , 136 g.
Wolfgang Tillmans | Institut für Auslandsbeziehungen
Wolfgang Tillmans – Fragile
€48.00
Including VAT, plus Shipping
Transit time: 2 to 6 business days (worldwide)
Add to cart    Add to wishlist
The work of Wolfgang Tillmans occupies a prominent position in the contemporary art world. Ever since his first exhibitions and publications in the early 1990s Tillman’s artistic approaches have continually developed. He is constantly redefining photography both as an image and as a material artefact, be it in the museum space or as an object on the printed page.

His work is based on his never-ceasing curiosity, his intensive research in preparation, and a constant testing and advancing of the medium and its technical and aesthetic potential. His visual language derives from precise observation that reveals a deeply human approach to the complexity of the world. Familiarity, empathy, friendship, and intimacy are all visible and tangible in his pictures.