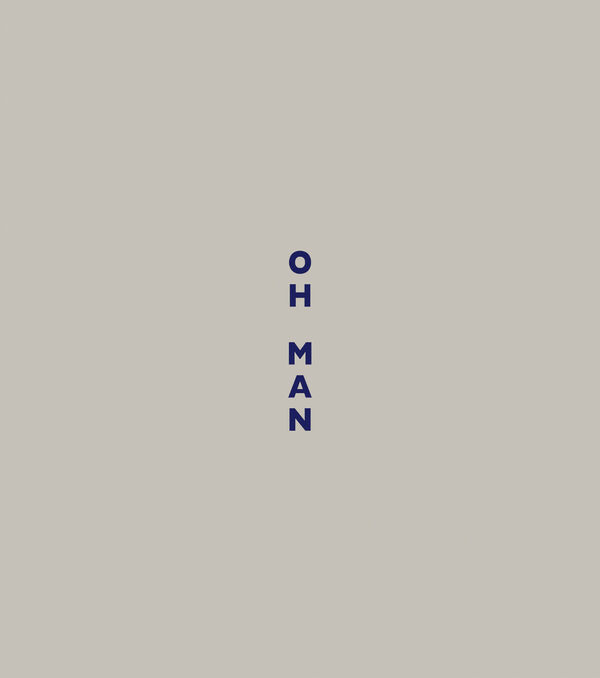 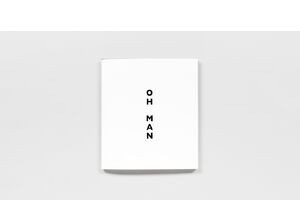 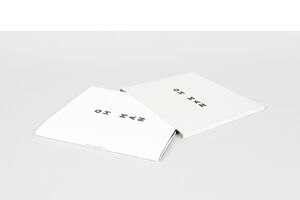 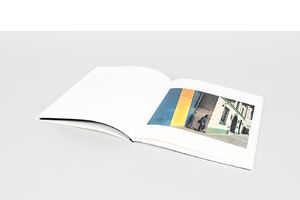 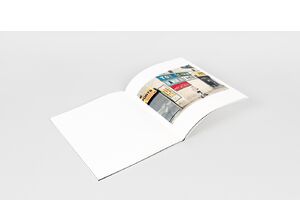 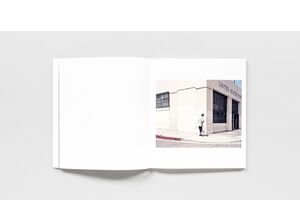 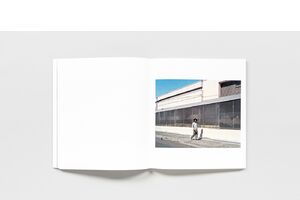 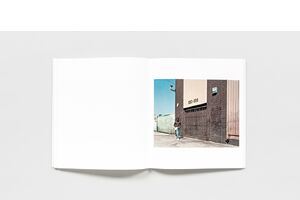 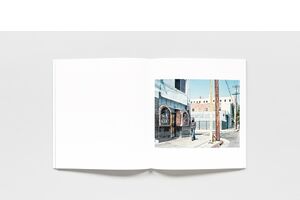 Lise Sarfati | Steidl
Lise Sarfati – Oh Man
Was €48.00 €20.00
Including VAT, plus Shipping
Transit time: 2 to 6 business days (worldwide)
Add to cart    Add to wishlist
In her new book, Lise Sarfati takes us back to the oddly deserted heart of the city of Los Angeles. Almost deserted... as lonesome men walk dispassionately through the streets, as if on a mission but without any obvious destination.

The sun in Oh Man is high, the unifying emptiness of the street basked in the Californian light. The nameless men’s random silhouettes stand out distinctively in front of the city’s characteristic urban backdrop, their central positioning lending them an extraordinary prominence in Sarfati’s photographs.

These images add up to a long, aloof traveling, devoid of any narrative and anecdotes, drifting by the evocative sharp lines and angles of the warehouses, the lettering and colors of a Hopperian puritanism opening up the roads to the protagonists.

These photographs were taken in 2012 and 2013. After carefully choosing her locations of interest, Sarfati spent days waiting in full panoply for the right moment to manifest itself.

Lise Sarfati divides her time between Paris and Los Angeles. She spent ten years of her working life in Russia and has won numerous awards such as the Prix Niépce in Paris and the Infinity Award of the International Center of Photography, New York. Sarfati’s works are held in the permanent collections of, among others, LACMA Los Angeles; De Young Museum, San Francisco; and the Fonds National d’Art contemporain, Paris, France. This is her first book with Steidl.