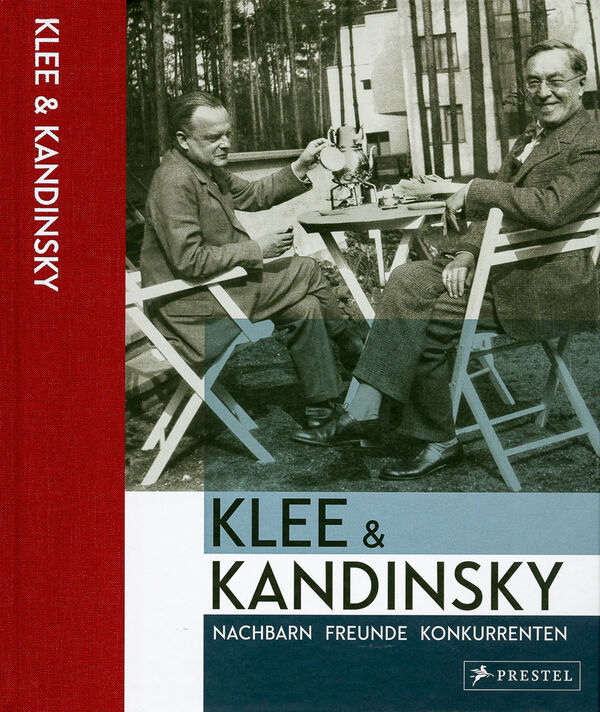 360 pages, 23 x 27 cm , 1924 g.
Paul Klee | Prestel
Klee & Kandinsky
Nachbarn, Freunde, Konkurrenten
€49.95
Including VAT, plus Shipping
Transit time: 2 to 6 business days (worldwide)
Add to cart    Add to wishlist
Paul Klee and Wassily Kandinsky, two of the most influential figures in the modernist movement, are the subject of this illuminating book that opens a dialogue between their work, friendship, and influence on each other.

Klee and Kandinsky were towering figures of the modernist movement and were close, both as friends and artists. For a time they lived next door to one another, and exchanged their artistic ideas on a daily basis.

This unique book explores their 30year relationship, from the time of the Blue Rider group around 1912, to the Bauhaus years in Weimar and Dessau until the late 1930s. With the culture of the Weimar Republic as a backdrop, this book traces the eventful history of an artistic friendship. Kandinsky’s idealism is juxtaposed with Klee’s irony, and we learn that their relationship was characterized in equal measure by friendship and competitiveness, mutual influence and the need to establish distance.

The focus is on the artistic dialogue they enacted through their art. They were joined by an aspiration to spiritualize art and explore its intrinsic laws. At the same time, Kandinsky’s commitment to abstraction contrasted strongly with Klee’s allegiance to natural models.