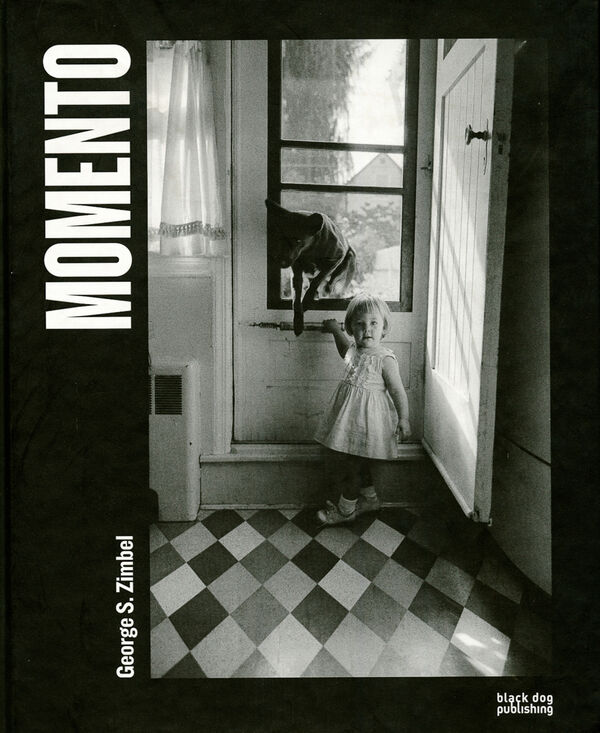 160 pages, 23 x 28 cm , 1140 g.
George S. Zimbel | Black Dog Publishing
George S. Zimbel – Momento
A Book of Moments
Was €30.00 €10.00
Including VAT, plus Shipping
Transit time: 2 to 6 business days (worldwide)
Add to cart    Add to wishlist
MOMENTO brings together the work of established and well regarded American documentary photographer George S Zimbel. The book is set to coincide with the release of the documentary film of his life's work, Zimbelism.

George S Zimbel is a key figure in the last generation of photographers faithful to the legacy of the Photo League, who in the 1950s imbued their pictures with their personal commitment towards the people and the social landscapes they documented. Having studied at Columbia University, Zimbel honed his craft while working in New York City with Photo League members such as John Ebstel and Garry Winogrand, as well as under Alexey Brodovitch, providing him the opportunity to work for national magazines such as Look, The New York Times, Redbook, Parents and Architectural Forum. Parallel to his assignments, Zimbel continued his own photographic practice, which include a diverse range of subjects from Marilyn Monroe in The Seven Year Itch to politicians such as Eisenhower, Kennedy, Nixon and Truman.

Zimbel continues to refuse the manipulation of his images or any computer intervention, making him one of the few photographers to maintain this commitment tot the purity of the medium.

Zimbel's work can be seen in a number of prestigious collections worldwide including the National Gallery of Canada, Museum of Modern Art (MoMA), Tokyo Metropolitan Museum of Photography, The Internal Center of Photography and Musee National d'Histoire 'art de Luxembourg.