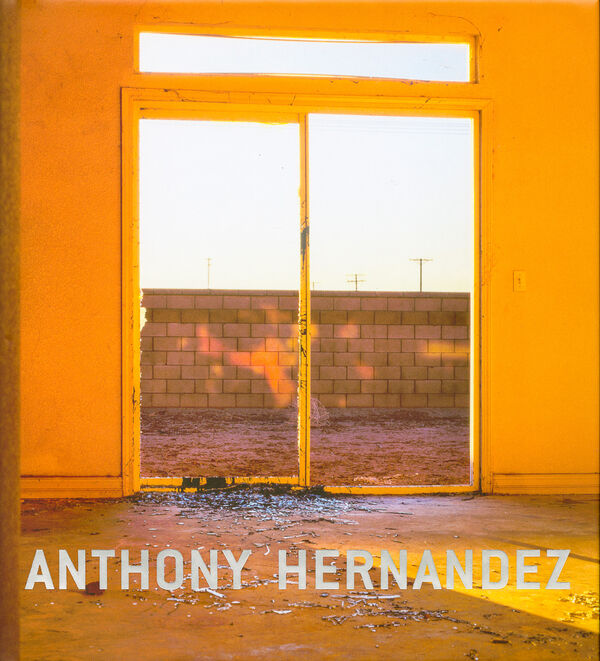 280 pages, 26.1 x 28.6 cm , 1906 g.
Anthony Hernandez | D.A.P.
Anthony Hernandez
Was €48.00 €15.00
Including VAT, plus Shipping
Transit time: 2 to 6 business days (worldwide)
Add to cart    Add to wishlist
Since the early 1970s, when he began photographing on the streets of his native Los Angeles, Anthony Hernandez has consistently pushed his practice into uncharted territory, challenging himself by adopting new formats and subject matter. Moving from black and white to color, from 35mm to large-format cameras, and from the human figure to landscapes to abstracted detail, he has produced an unusually varied body of work united by its arresting beauty and subtle engagement with social issues. At first largely unaware of the formal traditions of the medium, Hernandez developed his own style of street photography, one uniquely attuned to the desolate allure and sprawling expanses of LA.
Published to accompany the photographer’s first retrospective, Anthony Hernandez offers a comprehensive introduction to his career of more than 40 years, tracing his evolution as well as highlighting continuities across his practice. The catalogue represents the full range and breadth of Hernandez’s work, with an extensive plate section that includes many photographs that have never before been exhibited or published.

Anthony Hernandez (born 1947) grew up in a Los Angeles far removed from the idealized Hollywood image of the city. Since 1970 Hernandez’s work has been featured in numerous group ex­hibitions in the U.S. and Europe. Previous solo exhibitions include Discarded: Photographs by Anthony Hernandez at the Amon Carter Museum of American Art, Fort Worth, Texas (2016); Anthony Hernandez at the Vancouver Art Gallery (2009); and Landscapes for the Homeless at the Sprengel Museum Hannover, Germany (1995). He has published nine monographs, including Rodeo Drive, 1984 (2012), Waiting, Sitting, Fishing and Some Automobiles: Los Angeles (2007), and Landscapes for the Homeless (1995). Hernandez currently divides his time between Los Angeles and Fairfield, Idaho.