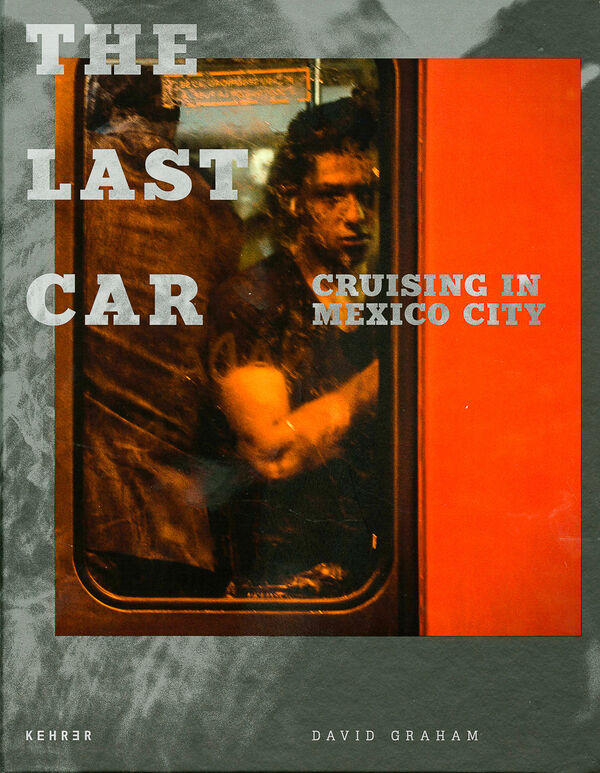 128 pages, 24 x 30 cm , 1026 g.
David Graham | Kehrer
David Graham – The Last Car
Cruising in Mexico City
€39.90
Including VAT, plus Shipping
Transit time: 2 to 6 business days (worldwide)
Add to cart    Add to wishlist
In search of the urban legend that men cruise men in the subways of Mexico City’s vast metro system, New York based David Graham photographs the vibrant underbelly of this expansive dystopian metropolis. Uncertain if the legend of »the last car« exists, Graham discovers that this story is alive and well, with a scene even more vibrant than imagined. Many levels beneath the city’s teeming streets, these cruising labyrinths flourish at nighttime, in the architecturally distinctive metro stations and on the very last car of the train. In juxtaposition to the information-age trend of connecting via electronic devices, male intimacy is openly visible everywhere in the Mexican capital. These physical alignments guide Graham’s camera as he journeys through the urban core’s raucous gay neighborhoods, traversing from the inner bowels of the city’s subway system to the densely packed LED-lit pulsing nightclubs and then onwards to the streets that lead revelers back to their private homes.