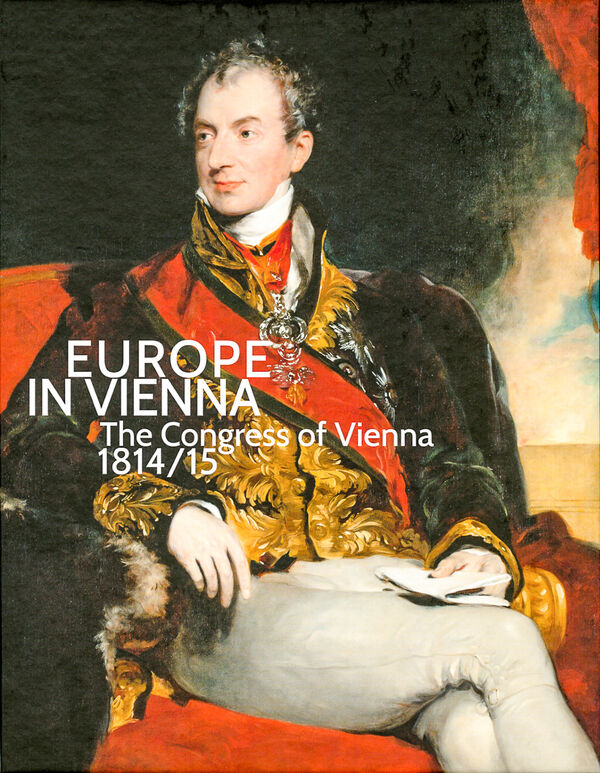 408 pages, 24 x 29 cm , 2270 g.
Hirmer
Europe in Vienna
The Congress of Vienna 1814/1815
Was €45.00 €20.00
Including VAT, plus Shipping
Transit time: 2 to 6 business days (worldwide)
Add to cart    Add to wishlist
From September 1814 to June 1815, Vienna was the undisputed center of Europe. As the Congress of Vienna convened, the city saw an unprecedented gathering of crowned heads and their ambassadors. Among them were a tsar, an emperor, and no fewer than five kings as the leaders of Europe attempted to remake the continent in the wake of the Napoleonic wars. And while the diplomats worked during the day, in the evening, Viennese society blossomed: there were balls, parties, sleigh rides, receptions, theatrical performances, musical events, and much more. Vienna was suddenly the heart not just of European diplomacy, but of European social life as well.

This book draws on an astonishing trove of documents, including historical photographs and paintings, to re-create the atmosphere of the Congress of Vienna. The incredible images and documents are supported by essays that shed light on the political, cultural, and social aspects of the gathering.

The resulting volume not only takes readers to an unforgettable moment in the past, but also highlights the continuing effects of this historic gathering for Europe and the entire world.