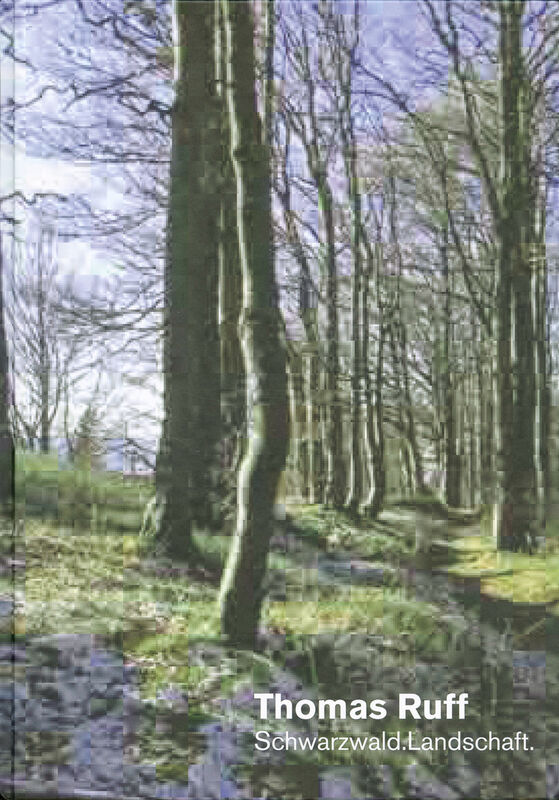 80 pages, 21 x 29.7 cm , 630 g.
Thomas Ruff | Verlag für moderne Kunst
Thomas Ruff – Schwarzwald
Landschaft
Was €24.00 €14.80
Including VAT, plus Shipping
Transit time: 2 to 6 business days (worldwide)
Add to cart    Add to wishlist
German photographer Thomas Ruff (born 1958) is closely associated with the city of Düsseldorf though his studentship under Bernd and Hilla Becher, but he actually hails from the small town of Zell am Harmersbach, in the Black Forest.

Ruff's Interior series, made during his student days (prior to the Bechers) between 1979 and 1983, is located there. Taken in the homes of his family and friends, and photographed in sober black and white, it draws the viewer immediately into the atmosphere of 1960s and 1970s Germany, showing the farmhouse in which Ruff's mother grew up, along with its barn, toolshed and silo, a young bull and nearby woodland paths.

When Ruff undertook his long-term Jpegs project, imagery of the Black Forest cropped up again. All of Ruff's Black Forest-related series are collected in this catalogue, along with two other series, Stars and Nudes.