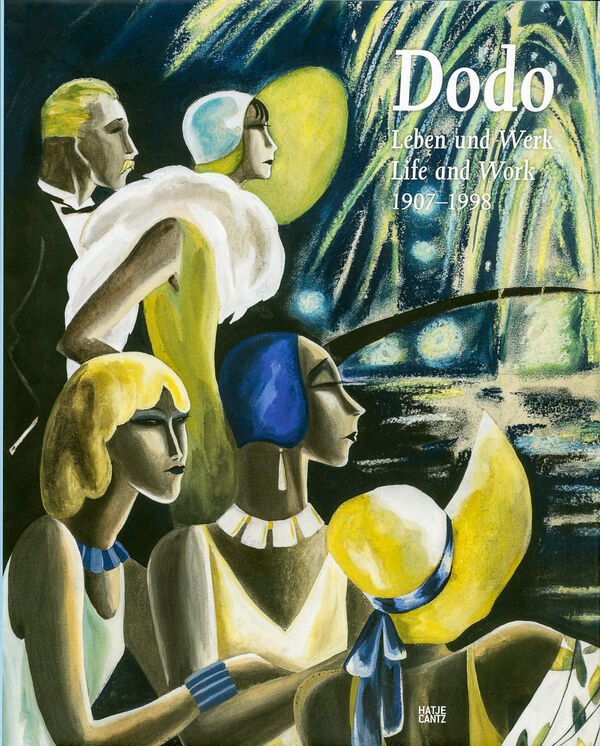 216 pages, 24.8 x 30.5 cm , 1522 g.
Dodo | Hatje Cantz
Dodo – Leben und Werk
1907-1998
€39.80
Including VAT, plus Shipping
Transit time: 2 to 6 business days (worldwide)
Add to cart    Add to wishlist
After the Weimar Republic came to an end, Berlin artist Dodo (1907–1998) – as Dörte Clara Wolff was known – unjustly faded into obscurity. Having studied at the Reimann School, she initially worked mainly as a fashion illustrator, reaching the peak of her artistic career between 1927 and 1930 with her intensely colourful genre scenes of Berlin’s sophisticated and glamorous high society. Her watercolours, in which she often portrayed the relationship between men and women in both amusing and biting terms, were published in the magazine Ulk where they were placed on a par with the work of Jeanne Mammen, a well-known artist of the time.

In 1933 Dodo followed the psychoanalyst Gerhard Adler to Zurich where she met C. G. Jung. Her works from this phase attest to her intense feelings of guilt ensuing from the ménage-à-trois she was conducting with Adler and her husband Hans Bürgner. Executed in the style of the New Objectivity, they form a dramatic contrast to her earlier pictures. In 1936 Dodo, who was Jewish, had to emigrate to London. In England, however, she was no longer able to achieve the artistic brilliance of her Berlin years.