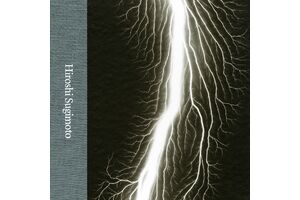 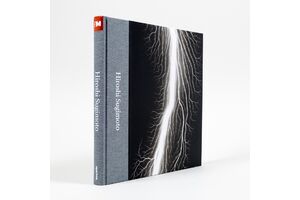 Hiroshi Sugimoto | Aperture
Hiroshi Sugimoto – Black Box
€45.00
Including VAT, plus Shipping
Transit time: 2 to 6 business days (worldwide)
Add to cart    Add to wishlist
Hiroshi Sugimoto has explored ideas of time, empiricism, and metaphysics through a surreal and formalistic approach since the 1970s. A self-described “habitual self-interlocutor,” Sugimoto uses the camera as a bridge between abstract questions and the quiet, comical nature of modern everyday life. Whether formally photographing Madame Tussauds wax figures and the wildlife scenes at the American Museum of Natural History, or opening the lens of his 8-by-10 camera to capture a two-hour-long film in one exposure, he explores themes of consumerism, narrative, and existence in rich and evocative imagery. This new project presents a survey of Sugimoto’s iconic work, from his calm seascapes to his more recent exploration of lightning fields and photogenic drawing. Created in conjunction with an upcoming exhibition at FUNDACIÓN MAPFRE in Spain, the survey includes an introduction and essay by writer and curator Philip Larratt-Smith, an interview with Sugimoto, and text by the prominent Brazilian artist Iran do Espírito Santo.

Hiroshi Sugimoto (born in Tokyo, 1948) is a Japanese photographer and architect. He divides his time between Tokyo and New York City. Sugimoto has exhibited extensively in major museums and galleries throughout the world, and his work is held in numerous public collections, including the Metropolitan Museum of Art, New York; Museum of Contemporary Art, Tokyo; National Gallery, London; National Museum of Modern Art, Tokyo; Smithsonian, Washington, D.C.; and Tate, London, among others.

Philip Larratt-Smith (text and interview) is a Canadian curator and writer. He has curated exhibitions around the world, from Museo Jumex and the Palacio de Bellas Artes in Mexico City, to the Qatar Museums Authority in Doha. From 2002 to 2010, Larratt-Smith worked as Louise Bourgeois’ literary archivist, resulting in the discovery of Bourgeois’ psychoanalytic writings, which became the core of his landmark exhibition and two-volume publication The Return of the Repressed (2012).