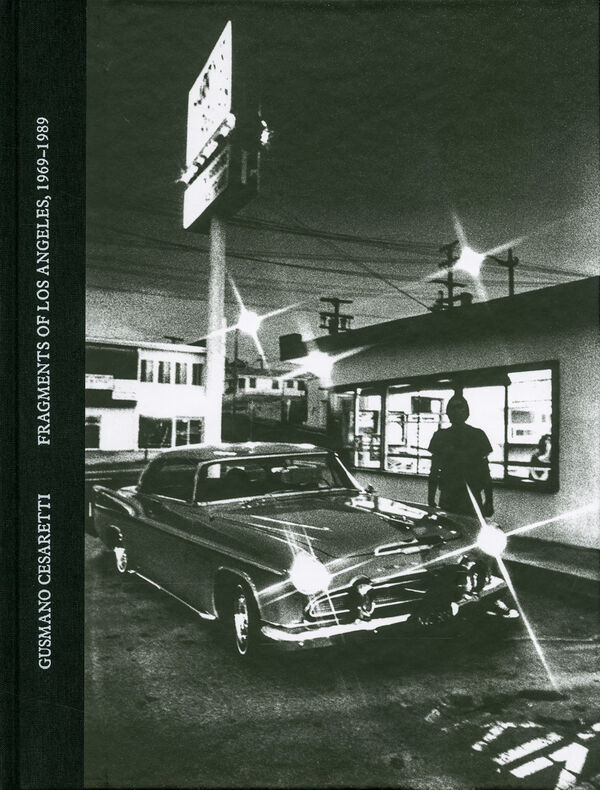 164 pages, 24.6 x 32.2 cm , 1326 g.
Gusmano Cesaretti | Damiani
Gusmano Cesaretti – Fragments of Los Angeles
1969-1989
Was €40.00 €20.00
Including VAT, plus Shipping
Transit time: 2 to 6 business days (worldwide)
Add to cart    Add to wishlist
Self-taught Italian photographer Gusmano Cesaretti (born 1944) was one of the very first photographers to document the street culture of East Los Angeles, and The Thrill Is Gone is a retrospective history of his celebrated photographic work of the 1970s.

Chapters include "Bikers," "East L.A. Diary," "Folsom Prison," "Maria Sabina," "Muscle Beach" and "Street Writers," along with selected other iconic images from this important time in the photographer's creative history. As a boy growing up in Italy, Cesaretti listened to jazz and rock 'n' roll on the radio, and was drawn to the worlds of Marlon Brando and James Dean in Hollywood movies. But when he arrived in the U.S.--Cesaretti has lived in Los Angeles since 1970--it was the raw energy, graffiti, culture and people of East L.A. that seduced him. His early work--featured here in the chapter "East L.A. Diary"--documents his immersion in the low-rider subculture of the Klique car club.

Cesaretti credits his poor English with allowing him to earn the trust of local residents--he found it hard to understand their graffiti on his own and had to ask for help. Independent curator Aaron Rose describes him as "one of the few true artists documenting outlaw cultures in the tradition of Robert Frank."