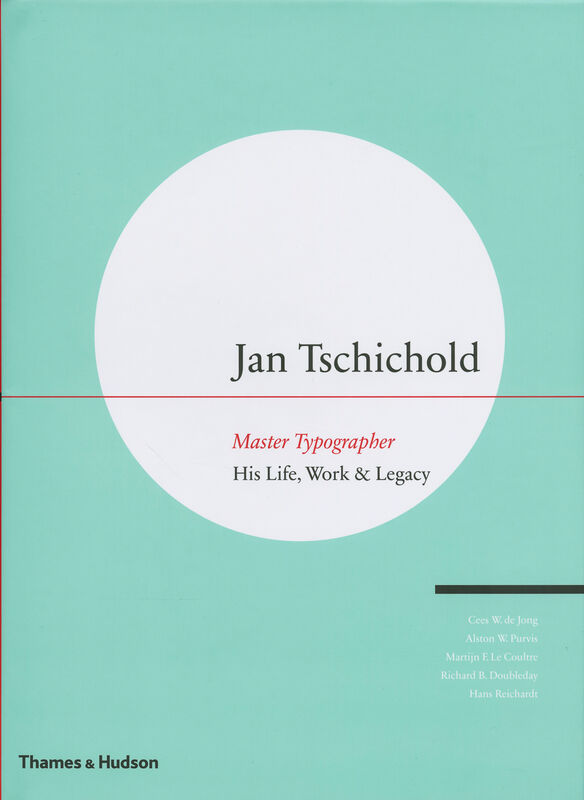 352 pages, 22.9 x 32 cm , 2420 g.
Jan Tschichold | Thames & Hudson
Jan Tschichold – Master Typographer
His Life, Work and Legacy
Was €55.00 €29.95
Including VAT, plus Shipping
Transit time: 2 to 6 business days (worldwide)
Add to cart    Add to wishlist
Few have left a deeper impression on the world of typography than Jan Tschichold, one of the most outstanding and influential designers of the 20th century. Not only was he a master in his field, but he wrote a number of highly influential books and became instrumental in promoting the modernist design strategy called the New Typography.

This substantial volume covers Tschichold’s life and career, placing the designer’s vision firmly in the rich cultural and historical context of his era. Tschichold embraced avant-garde ideas from movements such as the Bauhaus and De Stijl and made them accessible to working designers and printers, stressing clarity in communication, with form and function going hand in hand.

The contributing writers discuss the designer’s major influences and the highlights of his varied career, including his seminal poster designs, his groundbreaking work in book deign, and his type design including the creation of the classic typeface Sabon.

Lavish illustrations – archive photographs, many published here for the first time, as well as copious examples of Tschichold’s work – accompany the text, confirming that Tschichold’s heritage lives on in the digital age, and proving that he is amongst the greatest typographic designers ever.