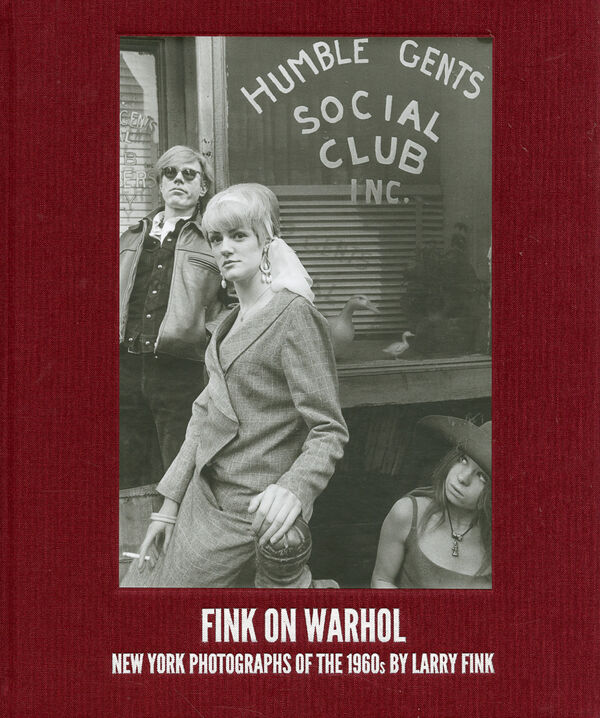 128 pages, 26 x 30.5 cm , 1100 g.
Larry Fink | Damiani
Fink on Warhol
New York Photographs of the 1960s by Larry Fink
€45.00
Including VAT, plus Shipping
Transit time: 2 to 6 business days (worldwide)
Add to cart    Add to wishlist
The 1960’s was an era in the United States alive with protest—the crisis of the Vietnam war and the struggle for civil rights provoked the nation to question the nature of the moral and political world. During this period of foment arose a band of arty nihilists with a mission that had little to do with politics yet everything to do with clever posturing and hobnobbing with the art-hungry power elite. Andy Warhol was the leader of the pack, and his den was The Factory. Warhol’s cohort included Gerard Malanga, Ingrid Superstar, Edie Sedgewick, Julie Garfield, Sussana Campbell, and Benedetta Barzini, as well as members of the punk group The Velvet Underground—Lou Reed, John Cale, and Sterling Morrison. Warhol diverted attention from the political struggle and directed it toward a sullen narcissism aligned with fashion. Fink happened upon Warhol and his followers through a magazine assignment for the literary journal 'The East Side Review'. Warhol and his acolytes spent three days with Fink, who photographed them in various locations. The pictures were not published, though, and they sat untouched in Fink’s archive for  ve decades.

Fink on Warhol: New York Photographs of the 1960s' presents for the first time a full selection of the photographs made over that three-day period, along with additional unpublished works from Fink's extensive archive, offering additional insight into the political climate of 1960s New York.