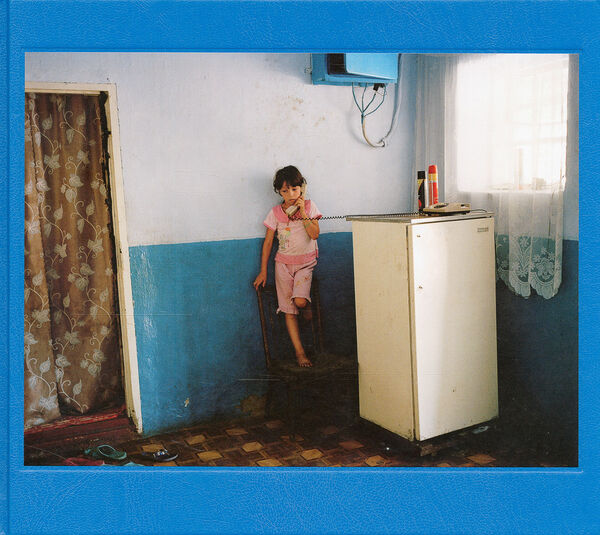 127 pages, 23 x 20 cm , 624 g.
Andrea Diefenbach | Kehrer
Andrea Diefenbach – Land ohne Eltern
€39.90
Including VAT, plus Shipping
Transit time: 2 to 6 business days (worldwide)
Add to cart    Add to wishlist
Andrea Diefenbach describes in her series Land ohne Eltern (Country without Parents) the life choices faced by migrant workers from the Republic of Moldova, one of the poorest countries in Europe. In her photographs, the distance between the two utterly different worlds of the children left at home and the parents working in far-off lands becomes almost painfully tangible.

"In April 2008, I was standing in a first-grade classroom in a small village in the southeast of the Republic of Moldova when the teacher asked, ›Whose parents live in Italy?‹. Around twothirds of the children raised their hands, displaying a mixture of pride and embarrassment. I was shocked. It's one thing to read all the statistics on migrant workers and their remittances for relatives back home, but it's another matter to stand in a cold classroom before 30 six-yearolds in wool caps and to realize that some of them haven't seen their parents in years…"

Andrea Diefenbach (*1974) has been working since her studies at the FH Bielefeld as a freelance photographer. Land ohne Eltern was awarded with the Wüstenrot Prize for Documentary Photography, the n-ost Reportagepreis, and the Abisag Tüllman Award.