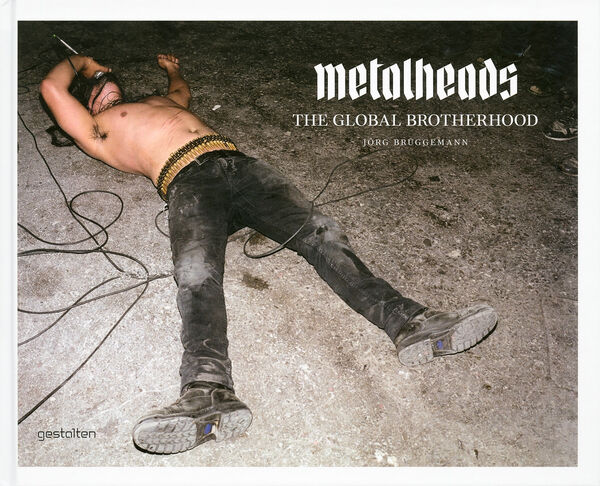 144 pages, 28 x 22.5 cm , 1038 g.
Jörg Brüggemann | Gestalten
Jörg Brüggemann – Metalheads
The Global Brotherhood
Was €49.90 €14.95
Including VAT, plus Shipping
Transit time: 2 to 6 business days (worldwide)
Add to cart    Add to wishlist
Heavy metal is a cultural phenomenon that unites its fans across borders, generations, genders, religions, and social classes. Metalheads is a journey into the heavy metal underground around the world that documents the lives and passion of these fans. The featured photography captures the atmosphere of concerts and clubs so authentically that viewers can practically smell the beer and sweat and hear a ringing in their ears.