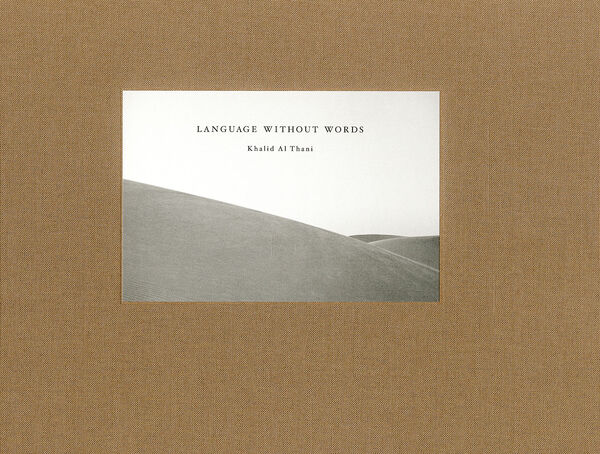 64 pages, 29.5 x 19.5 cm , 482 g.
Khalid Al Thani | Steidl
Khalid Al Thani – Language Without Words
€30.00
Including VAT, plus Shipping
Transit time: 2 to 6 business days (worldwide)
Add to cart    Add to wishlist
Throughout history, certain artists have attempted to produce definitive images of their chosen subjects. Be it Morandi’s bottles and jars, the Bechers’ industrial buildings, or Giacometti’s bronze figures, such artists consciously restrict their media and visions to transcend mere appearances. Khalid Al Thani works in this tradition to produce photographs that are icons of the little-seen Qatari desert.

For more than a decade Al Thani has wandered the desert with his Leica, relentlessly photographing symbols of its desolate beauty: a falcon, an oryx, a Sidra tree, sand dunes, the night sky scattered with stars. Thousands of film rolls later, Al Thani has neared his goal, and this book presents the most recent images from his quest. Al Thani’s “language without words” embodies his desire to recreate for the viewer his immediate experiences of awe before a harsh but delicate terrain.