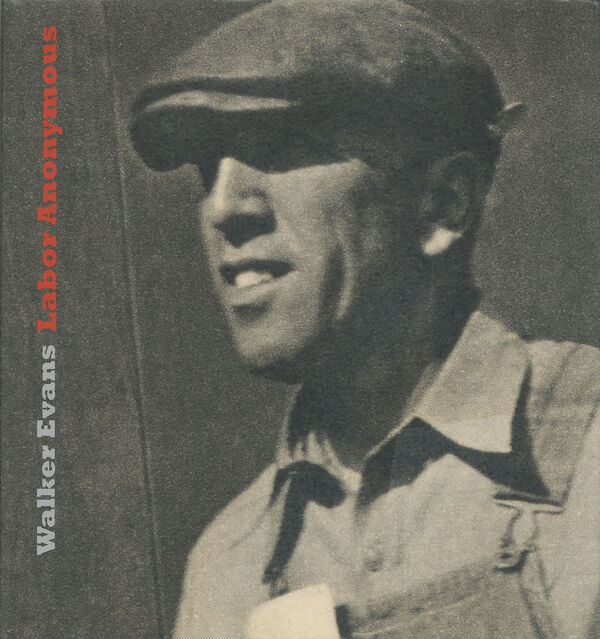 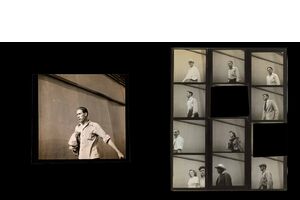 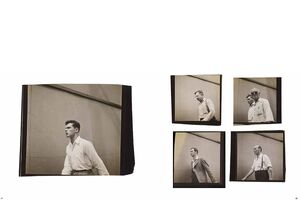 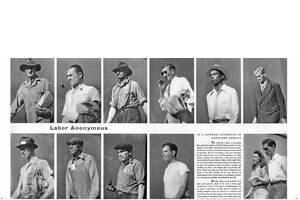 Walker Evans | Verlag der Buchhandlung Walther König
Walker Evans – Labor Anonymous
Was €38.00 €19.80
Including VAT, plus Shipping
Transit time: 2 to 6 business days (worldwide)
Add to cart    Add to wishlist
Walker Evans is one of the most important photographers of the 20th century and has influenced contemporary art beyond his medium until today. In 1938 the Museum of Modern Art in New York dedicated its first ever solo photography exhibition to Evans's work, and he has shaped America's image of itself particularly through his photographs of the Great Depression. The publication "Walker Evans: Labor Anonymous" is the first in-depth investigation into a series of the same name, which Evans published in Fortune magazine in 1946. On a Saturday afternoon in Detroit, Evans positioned himself with his Rolleiflex camera on the sidewalk and photographed pedestrians, mostly laborers, in his characteristically clear and unadorned way - an aesthetic he consciously described as the "documentary style".

As in his earlier series, e.g. in the famous "Subway Portraits" from the New York underground, his subjects were often unaware they were being photographed, but some of the pedestrians also looked straight into the camera. Representing much more than a simple typology, this photographic series does not offer a fixed image of humankind or class.

Walker Evans shot the photographs collected in »Labor Anonymous« as an assignment for Fortune magazine, which published a small selection of 20 images in its November 1946 issue, under the title "On a Saturday Afternoon in Detroit." Until now, however, the entire series of 50 photographs has never been reproduced. Evans' extraordinary serial studies of the facial expressions and postures of Detroit workers walking the city's streets are fascinating both as portraiture and as a surprising dimension of his photographic style.

Shooting passersby against a plywood backdrop as they crossed his field of vision from distant right to close left (some noticing him, most not), with the light striking and modeling their features, Evans found that what he was creating with these images was "the physiognomy of a nation." This book compiles the photographs, contact sheets, small-version printlets, Evans' annotations to newspaper clippings, drafts for an unpublished text, telegrams and every available print Evans made, along with the Fortune spread as published. »Labor Anonymous« captures a long-vanished moment in American history, and a crucial project in Evans' oeuvre.

Born in St. Louis, Missouri, Walker Evans (1903-75) took up photography in 1928. His book collaboration with James Agee, »Let Us Now Praise Famous Men« (1941), which portrayed the lives of three white tenant families in southern Alabama during the Depression, has become one of that era's most defining documents. Evans joined the staff of Time magazine in 1945, and shortly after moved to Fortune magazine, where he stayed until 1965. That year, he became a professor of photography at the Yale University School of Art. Evans died at his home in Old Lyme, Connecticut, in 1975.