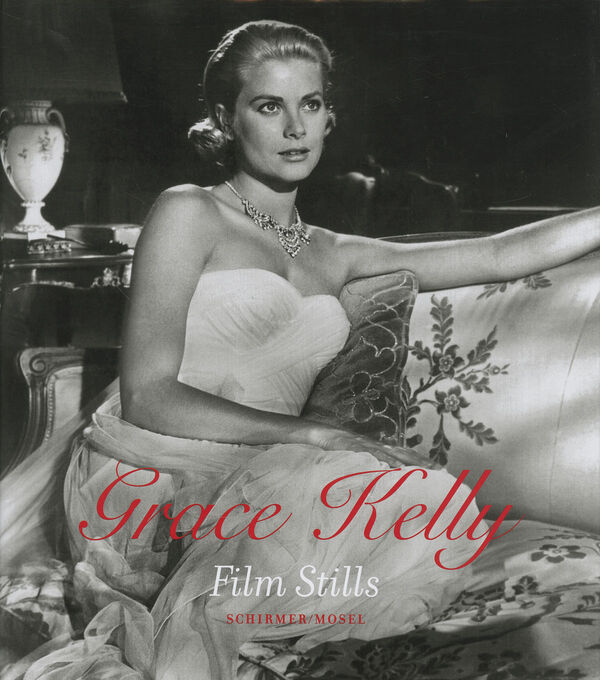 144 pages, 21.5 x 24 cm , 844 g.
Schirmer/Mosel
Grace Kelly – Film Stills
From Her Hollywood Films 1951-1956
Was €24.80 €10.00
Including VAT, plus Shipping
Transit time: 2 to 6 business days (worldwide)
Add to cart    Add to wishlist
Her marriage to Prince Rainier of Monaco in 1956 put an end to Grace Kelly's promising movie career. Born the daughter of a wealthy construction company owner from Philadelphia in 1929, her wedding day gave her a new role: the princess and first lady of the Monegasques.

Her career started in 1952 with Fred Zinnemann's Western classic High Noon. Her final picture, released in the year of her princely wedding, was titled High Society – a peculiar irony of history. Of the eleven movies Grace Kelly made in just four years, the three Hitchcock classics Dial M for Murder, Rear Window (both in 1954), and To Catch A Thief (1955) undoubtedly represent great moments in cinematic history. Blonde, beautiful, and always somewhat reserved, she was the ideal choice for his black comedies.

Paying homage to Grace Kelly, the actress and film star who went on to become Princess Grace of Monaco before suffering a fatal car accident in 1982, our book is also an oblique tribute to her favorite director, Alfred Hitchcock.