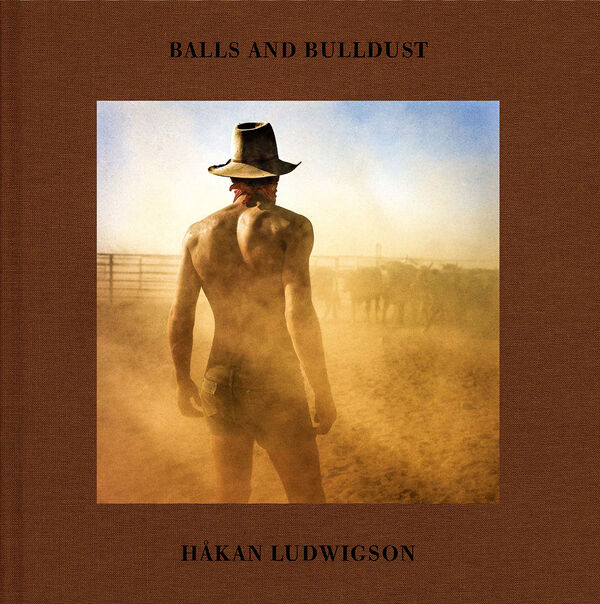 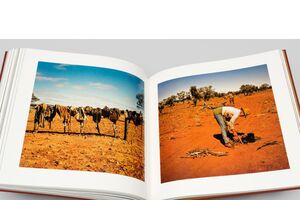 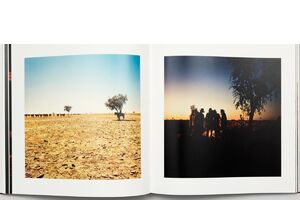 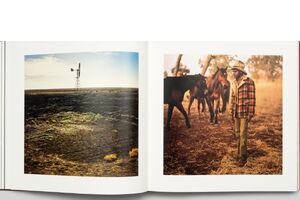 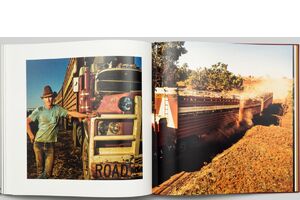 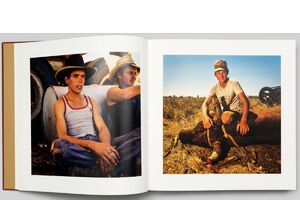 Håkan Ludwigson | Steidl
Håkan Ludwigson – Balls and Bulldust
Was €68.00 €15.00
Including VAT, plus Shipping
Transit time: 2 to 6 business days (worldwide)
Add to cart    Add to wishlist
Balls and Bulldust explores life and work among the cattlemen of the Northern Territory in Australia. This is not another cowboy story, but rather one about men and women working intensely hard while seeking some kind of solitude and sense of space in the midst of harsh conditions. For some, life in Australia’s outback is a life-long routine. The young are attracted by its romanticism, but are often shattered by its hardships: days are blistering hot, nights are cold; people sleep on “swags” on the ground for weeks; the food is drab; red dust is ever-present; and the men are bound to saddles twelve hours a day, mustering herds of cattle, branding and castrating young bulls.

Ludwigson spent three months with these fearless cattlemen early in his career, and returned to his native Sweden with a comprehensive body of work that in time became 'Balls and Bulldust'.