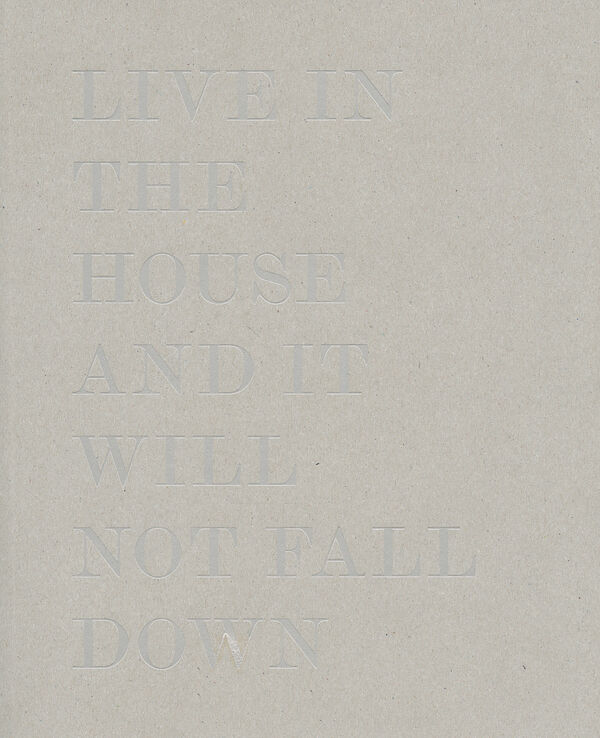 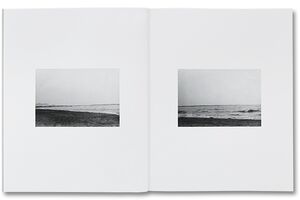 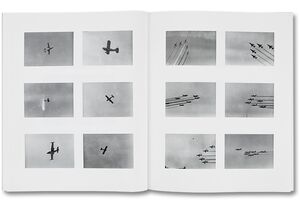 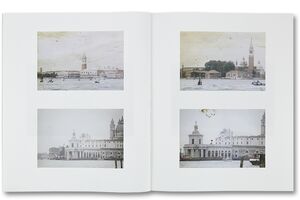 Mark Laita | MACK Books
Alessandro Laita & Chiaralice Rizzi – Live in the house and it will not fall down
€30.00
Including VAT, plus Shipping
Transit time: 2 to 6 business days (worldwide)
Add to cart    Add to wishlist
'Live in the house and it will not fall down' is a gallery of fragments, a collection of memories, the story of one and more people, of a house, of a city. Compiled by Italian artists and recipients of the first Lewis Baltz Research Fund, Alessandro Laita and Chiaralice Rizzi, the book was built from an archive of images collected over four decades by the late Venetian artist Bruno Rizzi, who died in 2004. Spending long days in the artist’s Venice studio, Laita and Rizzi intervened in the delicate geology that underlies such piles of papers, postcards and photographs sedimented over the years. Set free from their previous binds and rebound in a new order, the images serve as traces of the artist's life in sync with the gentle currents of the floating city.

Chiaralice Rizzi (b. 1982) and Alessandro Laita (b. 1979) studied Visual Arts at the Istituto Universitario di Architettura in Venice. Between 2010 and 2015, they worked as teaching assistants to Lewis Baltz and Adrian Paci. Their artistic practice develops around the thematic of landscape, memory and representation. Lewis Baltz participated in editing their project 'Live in the house and it will not fall down'.

The Lewis Baltz Research Fund has been established to honor the vision and memory of the American artist Lewis Baltz. The fund involves the annual grant of a substantial fund to support the creation, completion and dissemination of a project in any artistic medium, encompassing, but not limited to, anything from academic research to book publication, performance or installation art, video or film production to experimental digital work. The intention is to support projects reflecting the intellectual rigor of Lewis Baltz’s conceptual practice which also succeeded in propounding a significant connection to social and political issues. The recipient will be selected by the Lewis Baltz Research Fund Committee, composed of Mark McCain, art fiend, Theresa Luisotti and Thomas Zander, gallerists, Slavica Perkovic, artist, Michael Mack, publisher and Diane Dufour, director of LE BAL. Operated by LE BAL, The Lewis Baltz Research Fund has been created by the generous support of the Artworkers Retirement Society.