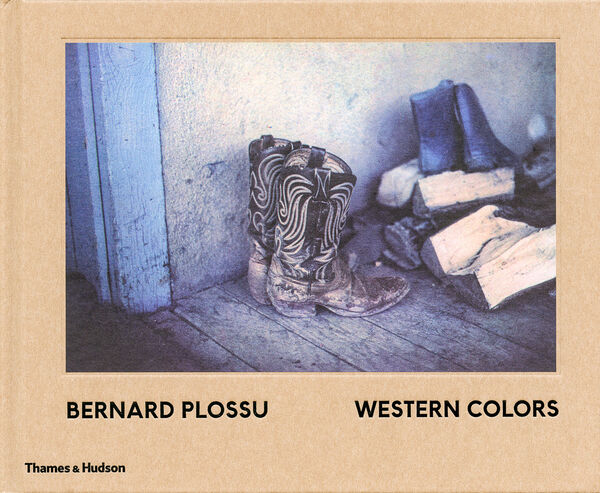 Bernard Plossu has been called ‘the most American of French photographers’ by his friend and colleague Lewis Baltz. Although he is best known for his work in black and white, often capturing a bohemian world of free-spirited adventure, Plossu has also shot in colour throughout his career.

This book showcases 88 bold and cinematic colour photographs, many of which are previously unpublished, dating from the 1970s and early 80s, when Plossu was resident in the US. Strikingly rendered using the Fresson carbon printing process, these images depict an unmistakably American landscape of motels and rodeos, deserts and highways; a realm that is both rugged and dreamlike, haunted by the mythic imagery of the Old West. They combine to form a memorable and atmospheric collection of work by a supremely talented photographer.

Accompanies an exhibition of the same name at the Arles Photography Festival in summer 2016.

Bernard Plossu (born 1945) is a renowned French photographer who has worked all over the world. His many publications include So Long and ¡Vámonos! Bernard Plossu in Mexico.