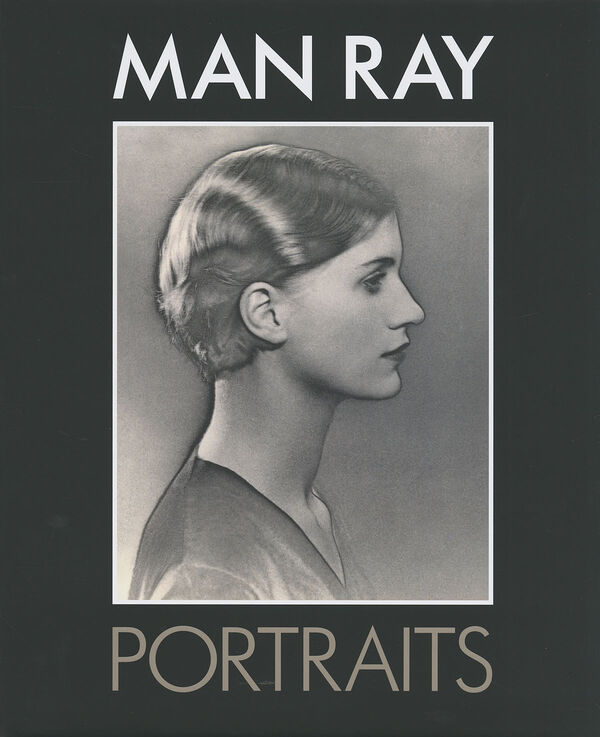 224 pages, 24.5 x 30 cm , 1826 g.
Man Ray | National Portrait Gallery
Man Ray – Portraits
(English edition)
€45.00
Including VAT, plus Shipping
Transit time: 2 to 6 business days (worldwide)
Add to cart    Add to wishlist
Man Ray (1890–1976) was one of the most inventive photographic artists of the twentieth century. His appetite for innovation and experimentation are showcased in this beautifully illustrated book, which brings together more than 150 of his best portraits from his long and varied international career.

Born Michael Emmanuel Radnitzky in Philadelphia, Man Ray initially taught himself photography in order to reproduce his own works of
art. From 1913 to 1916 he lived and worked at the artists’ colony in Ridgefield, New Jersey, where he met the French artist Marcel Duchamp. His friendship with Duchamp led to his moving to Paris in 1921 where, as a contributor to the Dada and Surrealist movements, he was perfectly placed to make defining images of his avant-garde contemporaries, including Jean Cocteau, Peggy Guggenheim and Gertrude Stein.

The book also includes some of the artist’s less-well-known later images, taken in 1940s Hollywood, and his photographs of such 1950s and 1960s stars as Ava Gardner and Catherine Deneuve.

With an introductory essay by Marina Warner, a comprehensive survey of Man Ray’s magazine commissions by Terence Pepper and an illustrated chronology, this book is an essential reference guide to Man Ray’s portraiture.

Terence Pepper is Senior Special Advisor on Photographs at the National Portrait Gallery, London. From 1978 to 2014 he was the Gallery’s Curator of Photographs