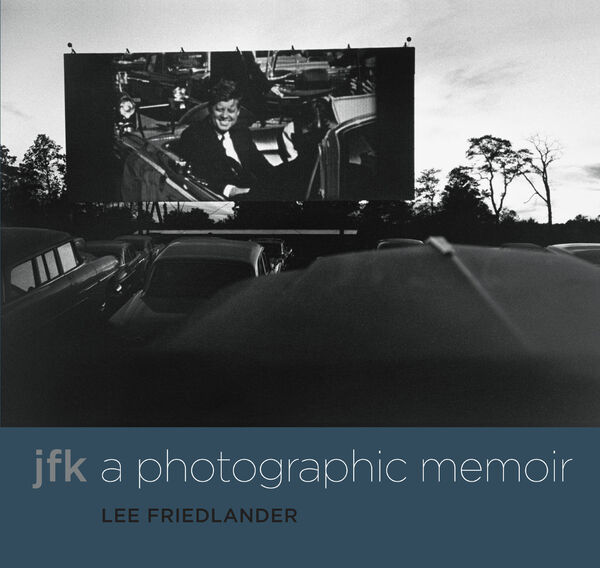 60 pages, 21.5 x 23.5 cm , 482 g.
Lee Friedlander | Yale University Press
Lee Friedlander – JFK
A Photographic Memoir
Was €45.00 €15.00
Including VAT, plus Shipping
Transit time: 2 to 6 business days (worldwide)
Add to cart    Add to wishlist
The public outpouring of support for newly elected President John F. Kennedy in 1960 was only exceeded in scope and magnitude by the manifestations of grief and mourning after his assassination in 1963. These responses had an unusually strong visual component: likenesses of the president were framed in shop windows, pinned to living room walls, and plastered in public spaces across the nation.

Fifty years after Kennedy's death, this book observes the public's reaction to the president s election and assassination, featuring many photographs published here for the first time. In his travels throughout America during this period, Lee Friedlander (b. 1934) encountered these responses and photographed what he witnessed. From Washington, D.C., to Buffalo to Minneapolis to Los Angeles, Friedlander has captured a moment in American history that galvanized the nation and continues to resonate today.