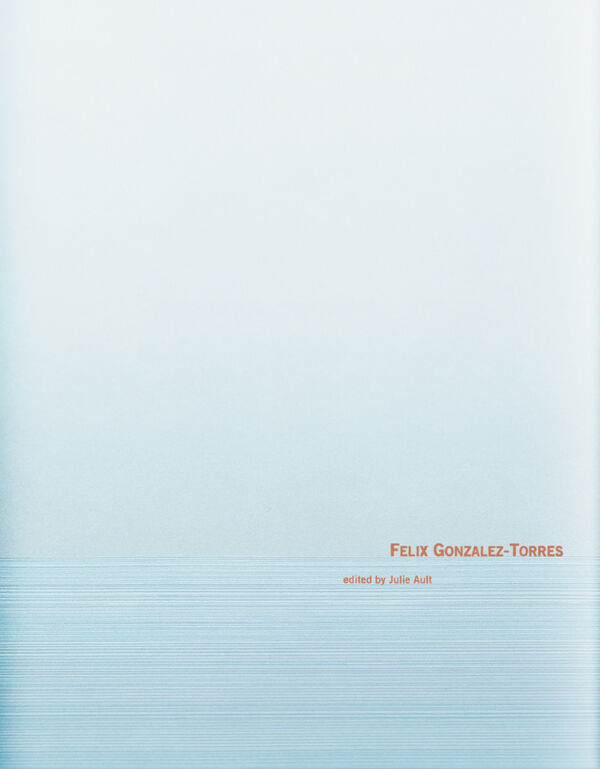 412 pages, 21 x 27.3 cm , 1978 g.
Félix Gonzáles-Torres | Steidl
Felix Gonzalez–Torres
Was €58.00 €35.00
Including VAT, plus Shipping
Transit time: 2 to 6 business days (worldwide)
Add to cart    Add to wishlist
Felix Gonzalez-Torres, one of the most influential artists of his generation, lived and worked resolutely according to his own democratic ideology, determined to “make this a better place for everyone.”

Now in its second edition, Gonzalez-Torres’s editor Julie Ault has amassed a comprehensive monograph of this important artist. In the spirit of the artist’s method, Ault rethinks the very idea of what a monograph should be.

The book, which places strong emphasis on the written word, contains texts by Robert Storr and Miwon Kwon among other notables, as well as significant critical essays, exhibition statements, transcripts from lectures, personal correspondence, and writings that influenced Gonzalez-Torres and his work. Ample visual documentation adds another decisive layer of content. We see works not just in their finality, but often witness their transformation over a lifespan. This collection is a critical reference for the history of contemporary art.