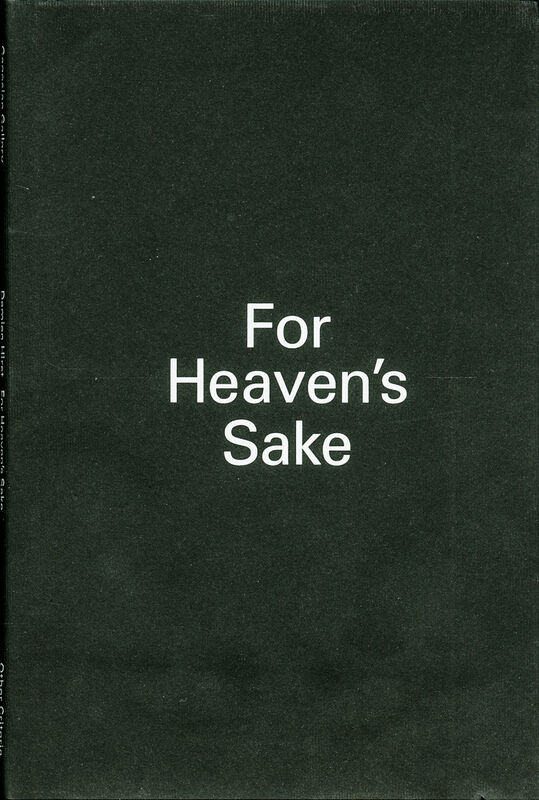 64 pages, 16.8 x 24.8 cm , 268 g.
Damien Hirst | Other Criteria
Damien Hirst – For Heaven's Sake
€29.95
Including VAT, plus Shipping
Transit time: 2 to 6 business days (worldwide)
Add to cart    Add to wishlist
For Heaven’s Sake was produced for the "Damien Hirst: Forgotten Promises" inaugural exhibition at Gagosian Gallery, Hong Kong in 2011. The book title, named after the artwork For Heaven’s Sake, 2008, includes full colour plates of the skull, including fabrication shots and installation shots at the Hong Kong exhibition where this life-size human baby skull cast in platinum and covered in 8,128 pavé-set perfect diamonds: 7,105 natural fancy pink diamonds and 1,023 white diamonds on the fontanel was shown for the first time. Also included are 8 unique preliminary drawings by the artist. This spectacular memento mori was cast from an original skull that formed part of a nineteenth-century pathology collection that Hirst acquired some years ago. As Damien Hirst is quoted as saying: “Diamonds are about perfection and clarity and wealth and sex and death and immortality. They are a symbol of everything that’s eternal, but then they have a dark side as well.”

The book includes a short text by curator, writer and critic, Francesco Bonami published in both Chinese and English. Bonami is the Manilow Senior Curator at the Museum of Contemporary Art in Chicago. He is also the artistic director of the Fondazione Sandretto ReRebaudengo per l’Arte in Turin, Fondazione Pitti Discovery in Florence and the Centro di Arte Contemporanea Villa Manin. He was the director of the 50th Biennale di Venezia of Visual Arts in 2003. He is a regular contributor to the Italian daily Il Riformista, La Gazzetta dello Sport and Vanity Fair Italia.