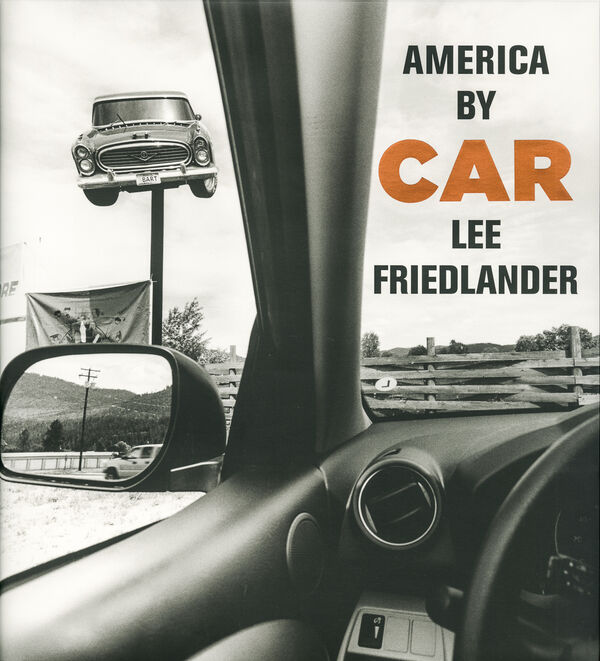 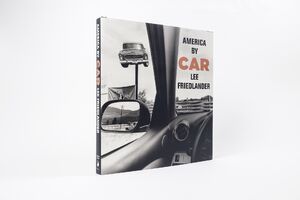 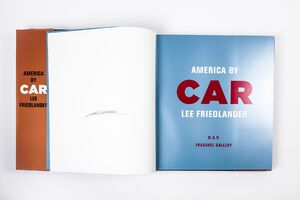 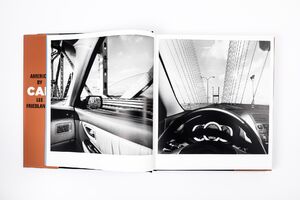 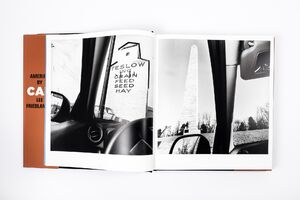 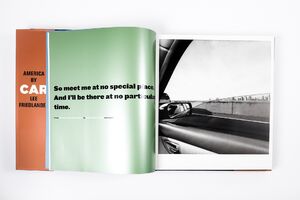 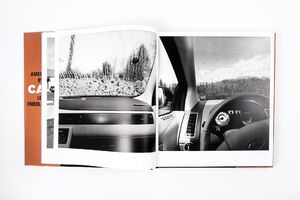 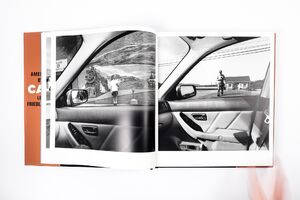 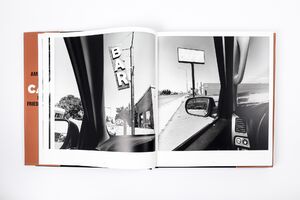 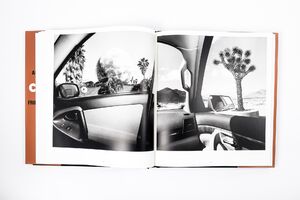 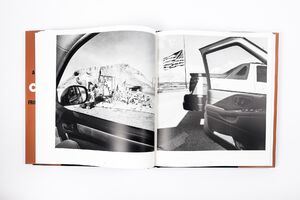 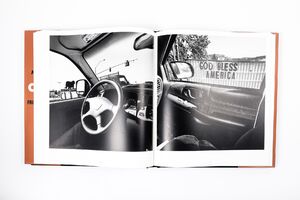 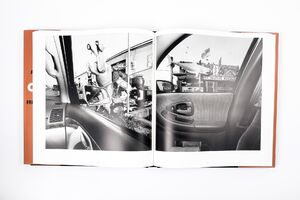 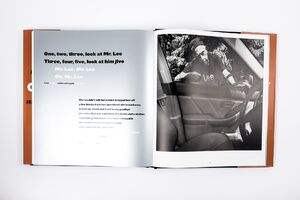 Lee Friedlander | D.A.P.
Lee Friedlander – America by Car (sign.)
Was €450.00 €395.00
Including VAT, plus Shipping
Transit time: 2 to 6 business days (worldwide)
Add to cart    Add to wishlist
Enduring icons of American culture, the car and the highway remain vital as auguries of adventure and discovery, and a means by which to take in the country's vast scale. Lee Friedlander is the first photographer to make the car an actual "form" for making photographs.

Driving across most of the country's 50 states in an ordinary rental car, Friedlander applied the brilliantly simple conceit of deploying the sideview mirror, rearview mirror, the windshield and the side windows as a picture frame within which to record the country's eccentricities and obsessions at the turn of the century. This method allows for fascinating effects in foreshortening, and wonderfully telling juxtapositions in which steering wheels, dashboards and leatherette bump up against roadside bars, motels, churches, monuments, suspension bridges, landscapes and often Friedlander's own image, via sideview mirror shots.

Presented in the square crop format that has dominated his look in recent series, and taken over the past decade, the nearly 200 images in America by Car are easily among Friedlander's finest, full of virtuoso touch and clarity, while also revisiting themes from older bodies of work (Friedlander occasionally used aspects of automotive architecture in photographs from the late 1960s and early 1970s). Never has America been photographed so penetratingly and ingeniously as in Friedlander's latest body of work. This edition of America by Car is limited to 1000 copies and is signed by Friedlander.