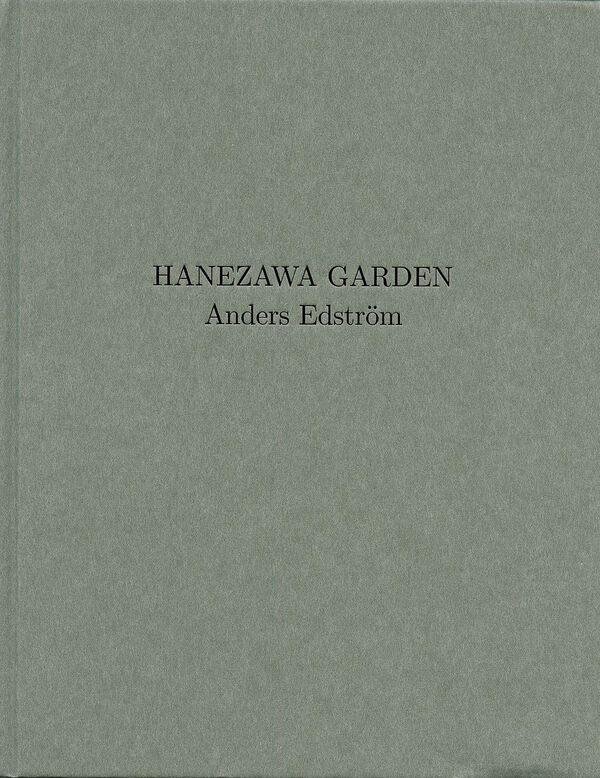 232 pages, 21 x 26.7 cm , 1208 g.
Anders Edström | MACK Books
Anders Edström – Hanezawa Garden (sign.)
€55.00
Including VAT, plus Shipping
Transit time: 2 to 6 business days (worldwide)
Add to cart    Add to wishlist
"Hanezawa Garden" is an illicit trail through a walled garden in Tokyo, between thick foliage, slender bamboo and semi-inhabited outhouses, their plastic roofs heavy with leaves, as if reclaimed by the jealous trees. The protagonist, like a detective, catalogues the garden obsessively, registering strange and peripheral details: a sealed cardboard box, lingering on a sill, or the receding body of a workman.

Time is loose, and the seasons slip by. The sightlines through Hanezawa are multiple and mutable, and the assembled images grow in weight through repetition and proximity. The minor characters of this elusive narrative are ordinary objects: a shell, half buried in the soil, whose brief significance is acute and unreadable, before it slips back into entropy. The surfaces, too, are iridescent, ungovernable – garden huts with smeared panes that reflect sky or reveal the bulge of something, vegetating, behind. The windows, like the images themselves, always promise something – a revelation – just out of reach.

"Hanezawa Garden" was demolished by the real estate developer Mitsubishi Estate in 2012, despite countless attempts by local residence to preserve the house and gardens.

Anders Edström is a Swedish photographer and filmmaker who lives and works in Stockholm. Previous monographs include Waiting some birds a bus a woman and spidernets places a crew (SteidlMACK, 2004) and Safari (Nieves, 2010).