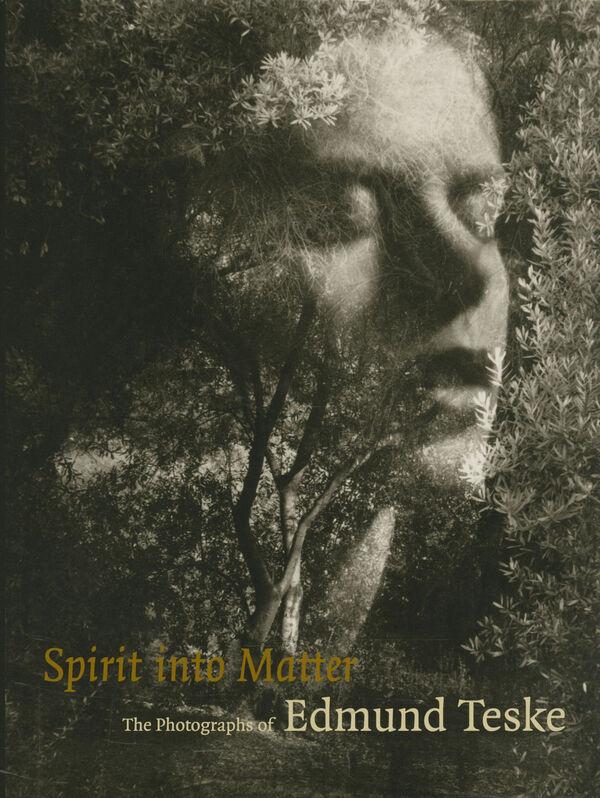 154 pages, 23.5 x 31 cm , 1330 g.
Edmund Teske | Getty Publications
Edmund Teske – Spirit into Matter
The Photographs of Edmund Teske
Was €65.00 €14.95
Including VAT, plus Shipping
Transit time: 2 to 6 business days (worldwide)
Add to cart    Add to wishlist
Edmund Teske (1911-1996) was one of the alchemists of twentieth-century American photography. Over a sixty-year period, he created a diverse body of work that explored the expressive and emotional potentials of the medium. His drive to experiment with sophisticated techniques, such as solarization and composite printing, liberated a younger generation of American photographers; at the same time, his subject matter-sometimes abstract, often homoerotic, and always lyrical and poetic-opened up new areas for photographers to explore.

Spirit into Matter is published to coincide with the first major retrospective of Teske's work, to be held at the Getty Museum from June 15 to September 19, 2004. Julian Cox provides an introduction and extensive biocritical essay on Teske that traces his long and varied career, from Chicago in the 1930s to Los Angeles, where the photographer took up residence in 1943. Cox investigates Teske's early associations with such influential figures as Frank Lloyd Wright and Paul Strand and his later associations with iconic figures including filmmaker Kenneth Anger and musicians Ramblin' Jack Elliott and the Doors.

The first major study of this fascinating and influential artist, Spirit into Matter will be a dynamic source of information for students of photography, collectors, and all those with an interest in the life and culture of Southern California, where Teske worked for more than fifty years.