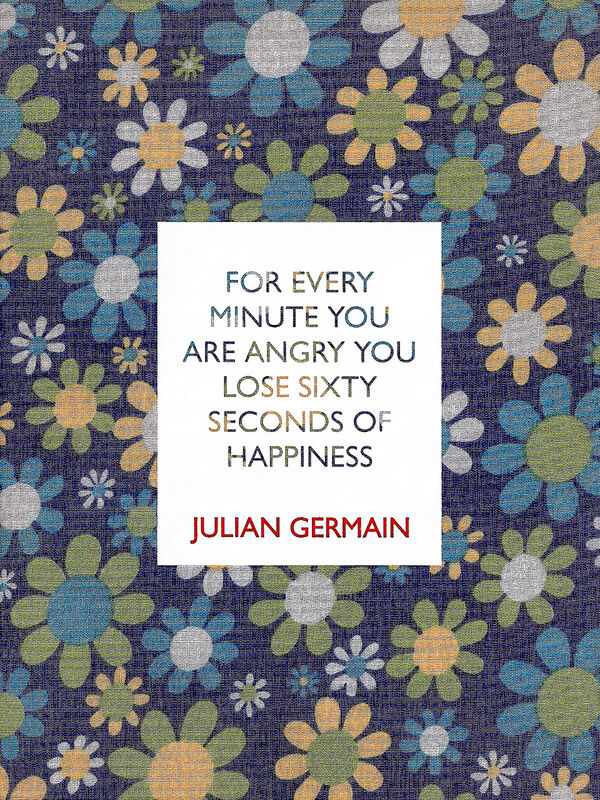 80 pages, 23.5 x 28 cm , 796 g.
Julian Germain | MACK Books
Julian Germain – For every minute you are angry you lose sixty seconds of happiness (sign.)
€78.00
Including VAT, plus Shipping
Transit time: 2 to 6 business days (worldwide)
Add to cart    Add to wishlist
In a series of photographs made over eight years, Julian Germain captured the quiet, contemplative existence of an old man living alone in a small house in a city on the south coast of England. Unfettered by the misplaced aspirations of the modern world, Charles Albert Lucian Snelling (Charlie) spent the last years of his life absorbed in his memories of his wife, his children, his love for flowers, music and the quotidian pleasures of the crossword, and his albums of his own photographs. Germain’s photographs of Charlie, his home and the things he owned are a beautiful, gentle portrait of a gentleman in his twilight years.

"For every minute you are angry you lose sixty seconds of happiness" was first published in 2005 by SteidlMack (see rare books), selling out soon after its release; Germain’s affectionate portrait of Charles is now in its third edition.

Julian Germain lives and works in Northumberland, UK; he has exhibited internationally including at The Photographers' Gallery, London and MASP, Sao Paulo and during ThePhotoBookMuseum in Cologne.