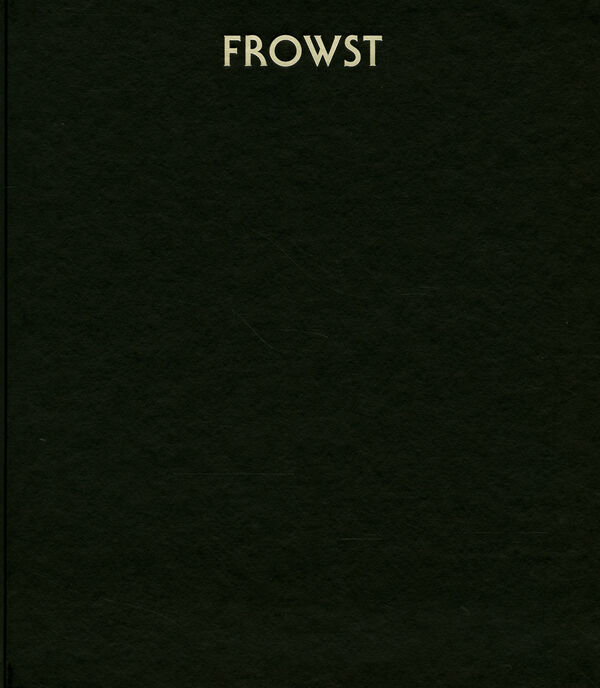 48 pages, 23.5 x 26.5 cm , 498 g.
Joanna Piotrowska | MACK Books
Joanna Piotrowska – FROWST (sign.)
€35.00
Including VAT, plus Shipping
Transit time: 2 to 6 business days (worldwide)
Add to cart    Add to wishlist
‘Every activity in the relationship with a father allows “I” to develop, and at the same time destroys “I”. I find the father everywhere, where I think it’s me. There is no landscape without father.’ Franz Kafka, Letter to His Father

Joanna Piotrowska’s uncomfortable album, a series of staged family shots, insists upon the fundamental anxiety at the heart of the family: its system of relationships, adamantine bonds that are equally oppressive and rewarding. Her images display intimate family scenes – cosily paired bodies, meeting and converging, in images which teeter on the verge of a dysfunctional moment. In one snapshot, two adult brothers lie together on a Persian carpet wearing only white briefs; in another, the black-clothed bodies of two embracing women merge, suggesting the atavistic overlap of mother and daughter. The title itself, which denotes a warm or stuffy atmosphere, captures the paradoxical nature of the family: frowsty spaces are both cosy and claustrophobic, intimate and airless.

The images are carefully staged: Piotrowska asked her family subjects to pose in almost sculptural gestures, re-enacting moments of intimacy – repeating spontaneous instants of tenderness, in performances which are imbued with a plethora of new meanings. Influenced by the philosophy of the German psychotherapist Bert Hellinger, Piotrowska integrated movements and gestures from Hellinger’s therapeutic method Family Constellations, which attempts to expose and heal multi-generational trauma. Her black-and-white images, intentionally nostalgic for lost moment of happiness, are shrewd observations of the tension of self that pervades every family dynamic.

Joanna Piotrowska is a Polish photographer who recently completed her MA at Royal College of Art, London. She has exhibited her work internationally in Ireland, Spain, Poland, Russia, France, Latvia and in the UK. Works from FROWST have been included in Bloomberg New Contemporaries 2013, and in the exhibition ‘Jerwood Encounters: Family Politics’, curated by Photoworks.