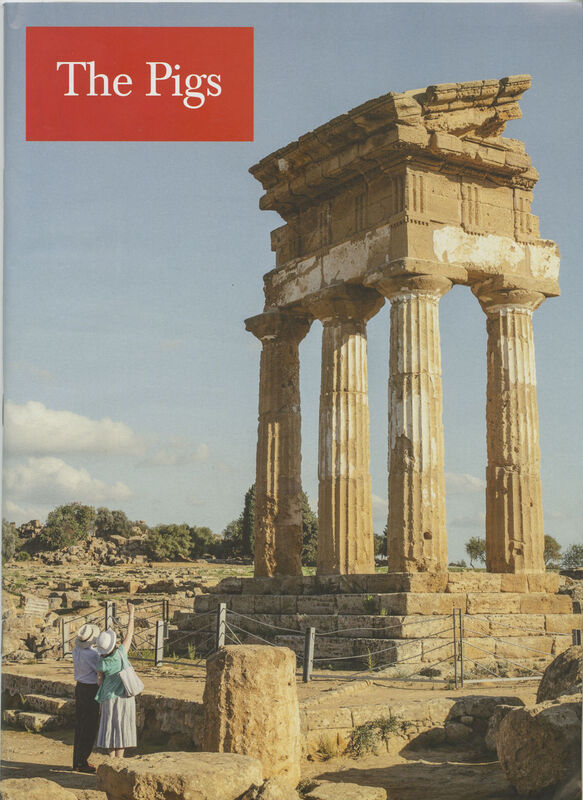 Carlos Spottorno | Editorial RM
Carlos Spottorno – The Pigs (sign.)
€45.00
Including VAT, plus Shipping
Transit time: 2 to 6 business days (worldwide)
Add to cart    Add to wishlist
The economic news media have coined the term PIGS to refer to the weakest countries in the Eurozone: Portugal, Italy, Greece, and Spain.

How did Spain—an empire on which the sun never set—end up like this? Whatever happened to Italy, which still contains a large part of the world’s artistic heritage? What about Greece, the birthplace of Western civilization? And what caused Portugal to see its future become so dim, after having dominated the seas for centuries?

The Pigs is a tragicomic vision of the stereotypes, deserved or not, with which the countries of southern Europe have to live. A vision halfway between caricature and harsh reality, which reveals the wreckage of the slow shipwreck of the cradle of Europe through the eyes of a cruel economist.

"As tourists flock to Southern Europe to photograph the beautiful decay of antiquity, Spottorno zooms back to show a foreground of contemporary cultural decline that invariably rivals the romantic view in visual extravagance. THE PIGS is a histerically devastating portrayal of culture at a crossroads." (Alec Soth)