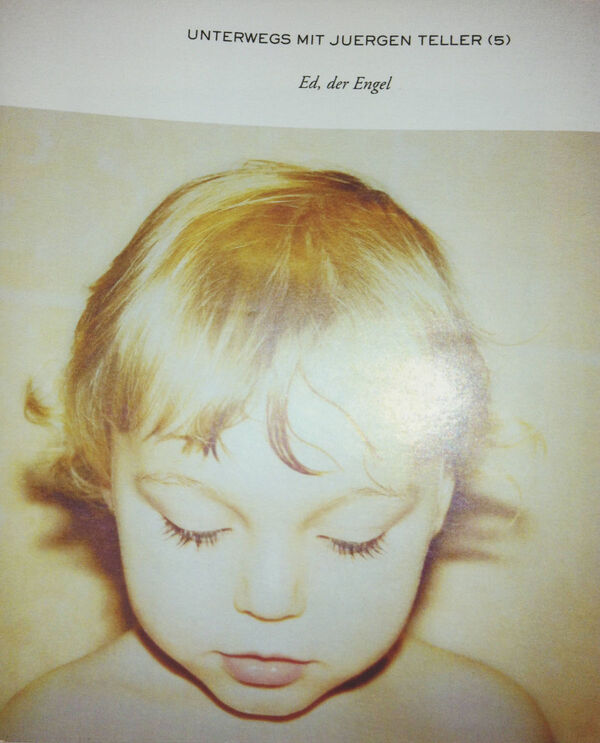 Juergen Teller | Steidl
Juergen Teller – Pictures and Text
(English edition)
Was €48.00 €24.95
Including VAT, plus Shipping
Transit time: 2 to 6 business days (worldwide)
Add to cart    Add to wishlist
For over a year Juergen Teller contributed a column to the magazine of Die Zeit, Germany’s most respected news paper. Given free creative rein, Teller presented a new image each week with an accompanying text he had written. Combining pictures and words in this way was new for Teller, and has since intensified the autobiographical element of his work. Like his images the texts are blunt, often controversial and irresistibly Telleresque. From the very beginning the column was greeted with enthusiasm but also elicited outcry – the magazine received piles of letters each week, most of them complaining that such poor photographs were being published in such a respected magazine. Book two Literature contains the best of these letters.

Born in 1964 in Erlangen, Germany, Juergen Teller has lived in London since 1986. His influential fashion photography has been published extensively, and solo exhibitions of his work have been held at the Fondation Cartier pour l’art contemporain in Paris and the Kunsthalle Wien among other institutions. Teller’s books with Steidl include Louis XV (2005), Marc Jacobs Advertising 1998–2009 (2010) and Zimmermann (2010).