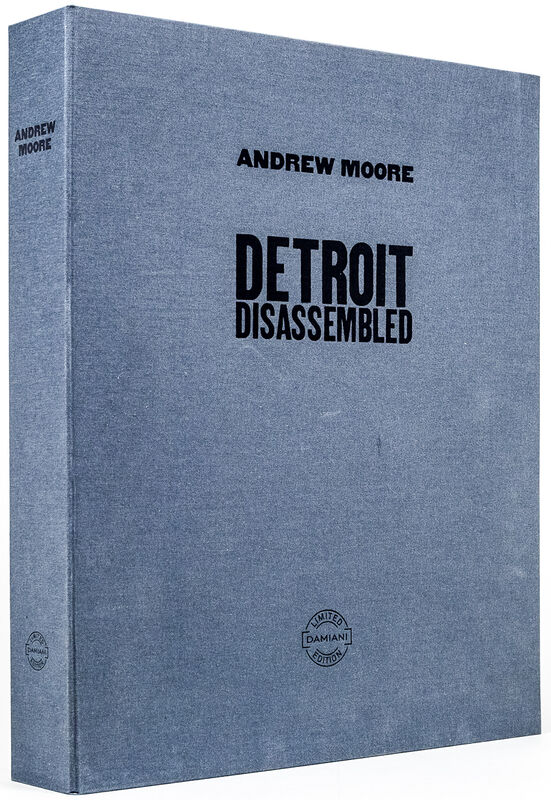 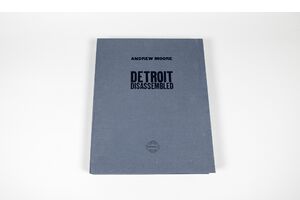 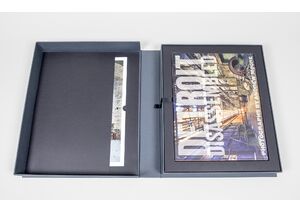 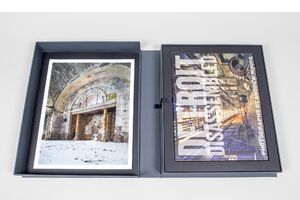 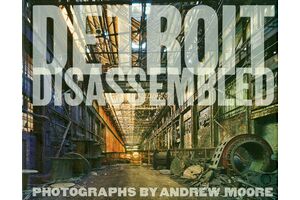 Andrew Moore | Damiani
Andrew Moore – Detroit Disassembled
Limited Edition 'Waiting Room With Snowdrift', 2008
€500.00
Including VAT, plus Shipping
Transit time: 2 to 6 business days (worldwide)
Add to cart    Add to wishlist
No longer the Motor City of boom-time industry, the city of Detroit has fallen into an incredible state of dilapidation since the decline of the American auto industry after the Second World War. Today, whole sections of the city resemble a war zone, its once-spectacular architectural grandeur reduced to vacant ruins. In 'Detroit Disassembled', photographer Andrew Moore records a territory in which the ordinary flow of time-or the forward march of the assembly line-appears to have been thrown spectacularly into reverse. For Moore, who throughout his career has been drawn to all that contradicts or seems to threaten America's postwar self-image (his previous projects include portraits of Cuba and Soviet Russia), Detroit's decline affirms the carnivorousness of our earth, as it seeps into and overruns the buildings of a city that once epitomized humankind's supposed supremacy.

In Detroit Disassembled, Moore locates both dignity and tragedy in the city's decline, among postapocalyptic landscapes of windowless grand hotels, vast barren factory floors, collapsing churches, offices carpeted in velvety moss and entire blocks reclaimed by prairie grass. Beyond their jawdropping content, Moore's photographs inevitably raise the uneasy question of the long-term future of a country in which such extreme degradation can exist unchecked.

This Collector's Edition includes the book 'Detroit Disassembled' and this print signed and numbered by Andrew Moore: 'Waiting room with snowdrift', 2008, Archival inkjet prints, 12 x 15 inches. The photograph has been printed in 2010 in a limited edition of 50 copies.

Andrew Moore is best known for his large format photographs of Cuba, Russia, Times Square, Detroit, and most recently, the American High Plains. He graduated from Princeton University in 1979 where he studied with the esteemed photographer Emmet Gowin as well as the photo historian Professor Peter Bunnell. Moore's photographs are held in the collections of the Metropolitan Museum of Art, the Whitney Museum of American Art, the Yale University Art Gallery, Museum of Fine Arts Houston, the George Eastman House and the Library of Congress amongst many others. His publications include Cuba (2012), Detroit Disassembled (2010), Russia; Beyond Utopia (2005), Governors Island (2004) and Inside Havana (2002). He currently teaches a graduate seminar in the MFA Photography Video and Related Media program at the School of Visual Arts in New York City.