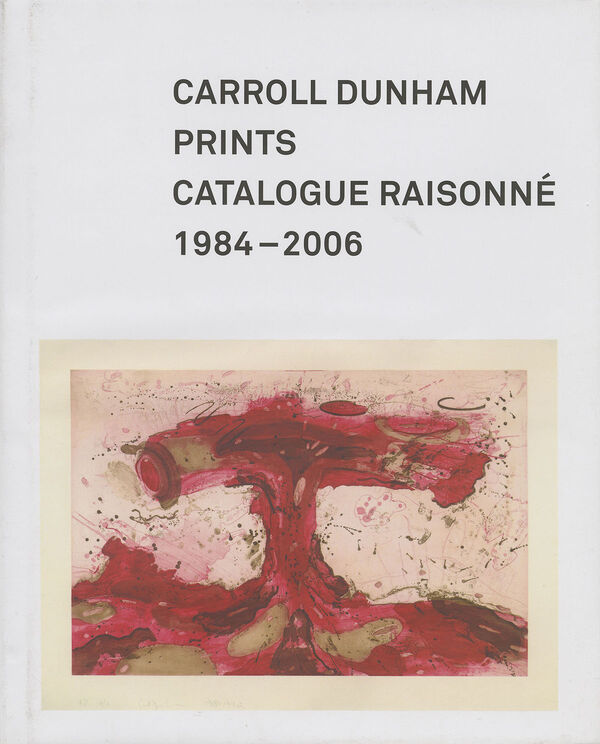 256 pages, 26.3 x 29.2 cm , 1598 g.
Carroll Dunham | Yale University Press
Carroll Dunham – Prints
Catalogue Raisonné 1984-2006
Was €58.00 €15.00
Including VAT, plus Shipping
Transit time: 2 to 6 business days (worldwide)
Add to cart    Add to wishlist
Widely known for his vibrant paintings that employ a variety of styles – including abstraction, figuration, pop, and cartoon – Carroll Dunham (*1949) is also one of the most prolific printmakers of his generation.

An integral part of his artistic process, Dunham’s prints combine the spontaneity and drama of his paintings with the careful premeditation demanded of the medium. His imagery – which shares the wickedly cartoony semi-abstractions of his paintings – is transformed, refined, and often intensified in his graphic work.

Carroll Dunham – Prints documents the artist’s entire print archive – which includes nearly 300 lithographs, etchings, drypoints, linocuts, wood engravings, screenprints, digital prints, and most recently, monotypes – the majority of which have never before been published. The authors examine the significance of printmaking to Dunham’s overall oeuvre, his innate sensitivity toward the systematic materials and procedures of printmaking, his inventive approach to this process, and the evolution of his imagery. It also features an insightful essay by Dunham that discusses his journey as a printmaker and his discoveries of the medium.