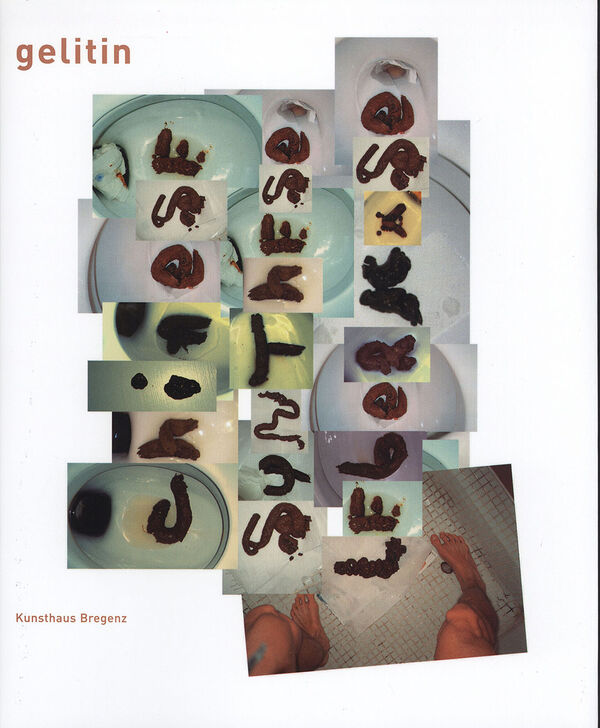 64 pages, 21.2 x 26 cm , 410 g.
Gelitin | Kunsthaus Bregenz
Gelitin – Chinese Synthese Leberkase
Was €30.00 €15.00
Including VAT, plus Shipping
Transit time: 2 to 6 business days (worldwide)
Add to cart    Add to wishlist
The "Good Bad Boys" of international art met as kids at camp and have been playing and working together ever since.

They're best known for dramatic performances and installations – in 2005 alone their relentlessly physical work included Hase, a gigantic pink stuffed rabbit installed on a hill above Turin and scheduled to stay there for 20 years; Sweatwat, a chaotic spa-themed open-house; and The Tantamounter, an ersatz copy machine that turned out, in half an hour or less, handmade replicas of whatever object was dropped down its hatch.

Their first large-scale museum exhibit, documented here, offered unprecedented opportunities to spread out and take over a traditional venue. Their installations included a public restroom and a movie theater, and their opening was a two-day performance event that combined film, happening, performance art and rock-and-roll show.