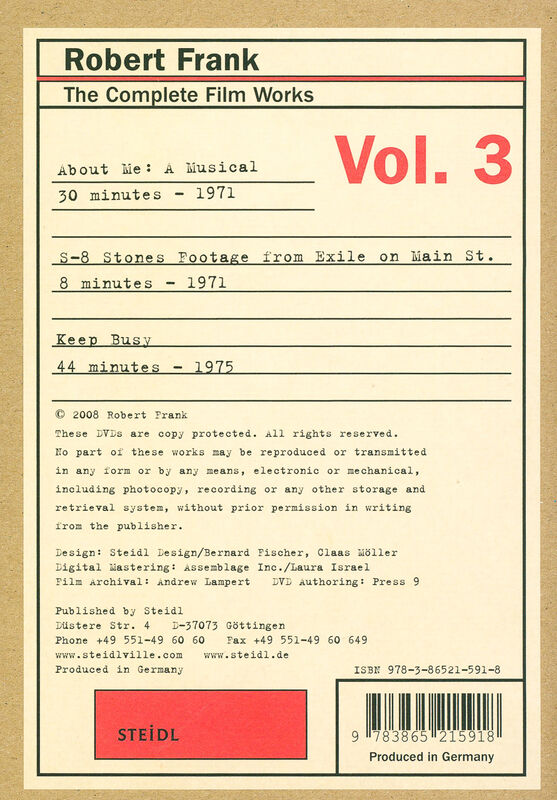 Robert Frank’s self-portrait is a film about music that repeatedly poses questions concerning artistic expression and the function of memory. Frank himself introduces an actress as “the young lady that is playing me.” She throws a stack of photographs onto the bed and says with disgust, “That’s my past.”

Despite the apparently autobiographical nature of the film, Frank, the immigrant, regards his story as a collective one. The film teaches temple musicians in Benares, India, “hope freaks” in New Mexico and inmates in a Texas prison. “That’s me,” Frank says when an old-fashioned film projector shows him as a small child.

An interview of passers-by completes the circle: “If you had a camera and some film, what would you shoot?” A street musician answers, “About myself,” and starts playing a classic number. “Those were the days, my friend.”