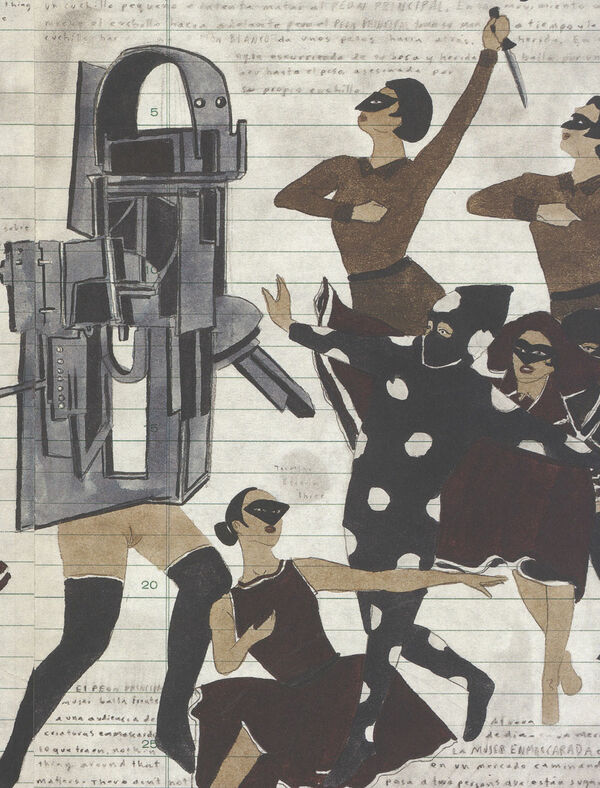 Behind Every Curtain provides a kind of sketchbook companion or dossier on the making of his latest film, A Game of Chess. This work draws on the importance of chess for the early twentieth-century avant-garde (Man Ray, Duchamp, Picabia) and the game's curious overlap with dance, in films and ballets by René Clair and Oskar Schlemmer. In Dzama's film, characters based on chess pieces, clad in costumes made from papier-mâché, plaster and fiberglass and wearing elaborate masks, dance across a checkered board to engage their opponents in fatal skirmishes. Distinctions between reality and fiction collapse as both costumed and “real-life” characters in the film are killed.

Published on the occasion of Dzama's sixth solo exhibition at David Zwirner, this charming and affordable artist's book is packed with full-bleed drawings, sculptures, dioramas and film and production stills that give vivid testimony to the craft and thoroughness of his immensely popular art.