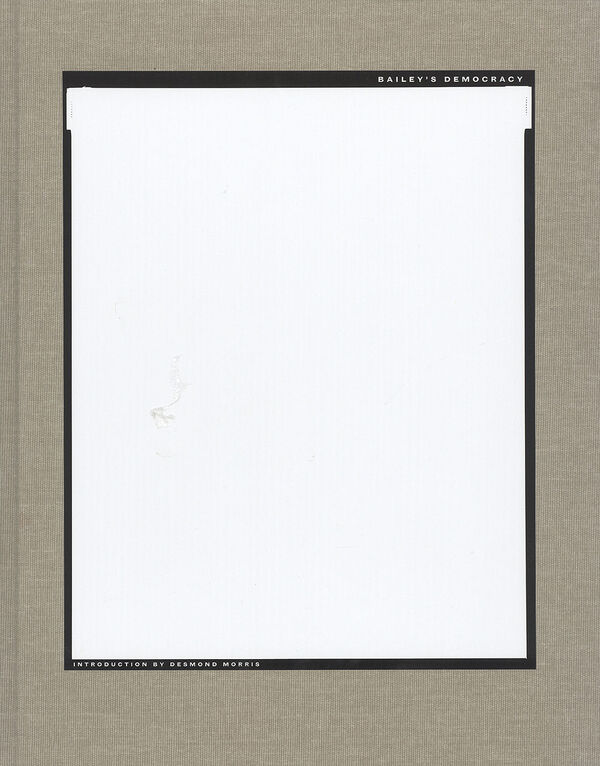 160 pages, 26.8 x 33.5 cm , 1619 g.
David Bailey | Steidl
David Bailey – Bailey's Democracy
€50.00
Including VAT, plus Shipping
Transit time: 2 to 6 business days (worldwide)
Add to cart    Add to wishlist
Everyone is equal before the law. And anyone who accepted David Bailey's (born 1938) invitation to his studio to be photographed in the nude became part of this astonishing book.

Bailey laid down some strict rules: he shot all subjects in the same light and without props. Makeup and retouching were shunned. He took six photographs of each person, and selection and composition were his own affair. These rules, his imposed democracy, result in a celebration of the naked body in all its lovely (and not-so-lovely) splendor.

Naked, Bailey specifies, not nude: “All that worrying about poncy lighting, making people look like landscapes or rocks. If I wanted to photograph a fucking rock, I'd photograph a fucking rock. And of the project's conception 30 years ago? This is going to sound pretentious, but I was reading Plato's Republic and I thought, why not Bailey's Democracy? I wanted to do something organic. I didn't cast it, I didn't tell people where to sit or how to stand. They chose their own pose. I didn't worry about Rembrandt lighting or any crap like that. You could almost do it in a photo booth.“