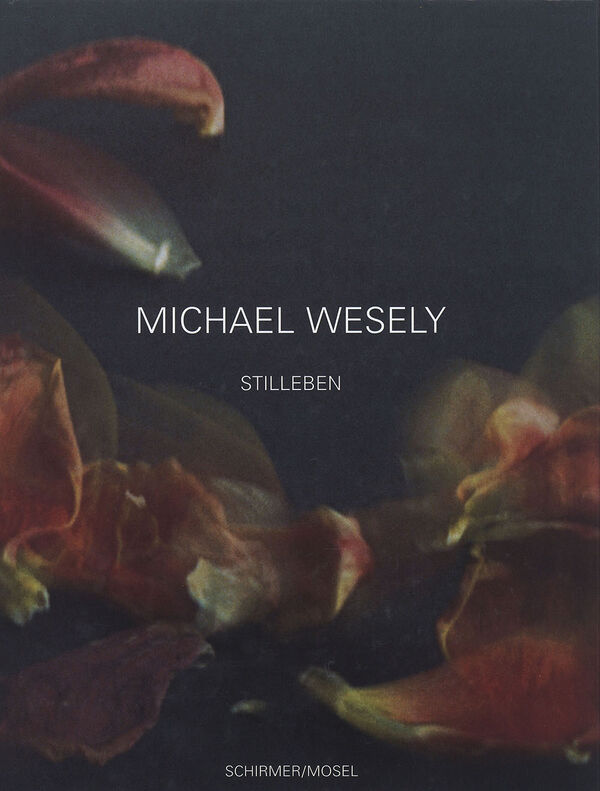 96 pages, 26.3 x 34.6 cm , 1176 g.
Michael Wesely | Schirmer/Mosel
Michael Wesely – Stilleben
2001-2007
Was €39.80 €10.00
Including VAT, plus Shipping
Transit time: 2 to 6 business days (worldwide)
Add to cart    Add to wishlist
The transience of life has been a topic for centuries. Vanitas still lives, a specialty of the 17th century, speak a clear and often drastic language that includes skulls, dead animals, rotting fruit, and fading flowers.

In his still lives of flowers created between 2001 and 2007 Michael Wesely (*1963, Munich), too, focuses on the idea of the memento mori. Using large-format cameras, which he built himself, he produces long-time exposures of several hours or days.

In pictures that are as irritating as they are mesmerizing, he visualizes the withering flowers' fragile, vibrant life of their own.